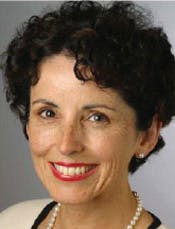 ue University’s 11th and first female president in 2007, leading it to record levels of research funding while expanding its role as a top research institution on the global stage. A professor of physics and astronomy, she has published more than 200 scientific and public policy journal articles and conference abstracts. She was co-principal investigator for a telescope experiment that is a cornerstone of the European Space Agency. She is the winner of NASA’s highest honor, the Distinguished Service Medal.