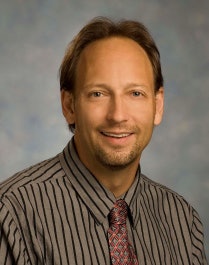 Dr. Jack Trammell of Randolph-Macon College, an associate professor of sociology, is an expert on disability issues in higher education.Virginia’s seventh district congressional race already is one for the history books. Few outside the district would have guessed that the incumbent, Eric Cantor, House majority leader, could be toppled from the post he had held since 2001. Yet Cantor lost the Republican primary to the previously little-known Dr. David Brat, professor of economics and business at Randolph-Macon College. In another twist, Brat will run against a colleague from the college, Dr. Jack Trammell. Diverse spoke with Trammell, an associate professor of sociology and the Democratic nominee, about his decision to run for Congress and his commitment to higher education.

Q: When and why did you decide to run?

A: I thought about it during the previous cycle but couldn’t commit. This January and February, I began to think about it again, and some began to encourage me. In May, things accelerated, and I wasn’t nominated until right before the primary.

Q: Was it a surprise to learn that you will be up against a colleague in the race?

A: Yes, and no. As the whole world now knows, my colleague, Dave, was perceived by some as an underdog before the primary upset. So, like the rest of the world, I was surprised. But I probably wasn’t as surprised as most, because I knew there was discontent in the district and that Dave was working very hard. I had mentally prepared myself to face whoever came out of the process.

Q: While at Randolph-Macon, was your relationship with Brat collegial and friendly?

A: Absolutely. We are blessed with a close-knit family at R-MC, and, although like all faculties we can seriously debate issues that come up, we generally know each other fairly well and respect each other.

Q: What are some of the issues you would like to tackle in the event that you are elected?

A: At the top of the list is education: student loan reform, improved college access, a re-energizing of special education, and a closer look at what the consequences of the accountability movement have been. I am also a champion of disability rights, awareness, and accommodation, not just in education but across the board in our culture.

Q: How will your work as a professor inform your campaign and, in the event that you do win, what lessons from academia would you bring to Congress?

A: My work as a professor has prepared me to be a better communicator, I hope, and the lessons I would bring to Congress would include: encouraging meta-narratives within the sciences, humanities, and social sciences to connect the dots—we’ve got such terrific brain-power and research data out there, we are just beginning to understand the power and possibilities of it; encouraging dialogue rather than obstruction; and bringing the power of optimism back into the political arena.

Q: What are some of the more important issues that higher education in this country faces today?

A: In my opinion, higher education is coming to a crossroads where questions must be answered: the role of external accountability; the ongoing flirtation with universal access that we haven’t been able to complete; the corporatization and commercialization of higher education; and issues related to academic freedom. If elected, I want to bring my experience into those Congressional dialogues to preserve freedom of inquiry and improve access to quality education.