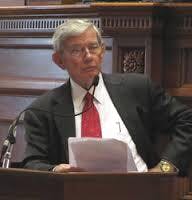 The state’s only public historically Black university is seeking a $12 million loan to be disbursed over three years, with a first installment this fiscal year of $6 million, followed by $4 million next year. That request must first be approved by a legislative panel and could officially go before the state’s financial oversight board as early as December.

But its chairwoman, Gov. Nikki Haley, said she can’t imagine voting on the idea until an accounting firm hired by the board completes its review. The contracted firm, Elliott Davis, expects the audit to take three to four months, according to the contract signed last week.

“We’ve got to go through this before we throw more money at the situation,” Haley said after the meeting.

Senate President Pro Tem Hugh Leatherman, a board member, said he fully supports the loan, as it’s the recommendation of a panel of former and current college presidents he put together.

The new request is in addition to the $6 million loan Haley pushed last spring ― $500,000 of which was set aside to pay for the audit. Leatherman voted against that plan, saying it didn’t solve anything.

That loan’s terms call for it to be repaid by July, but Elzey said Tuesday the university needs an extension. Of the $5.5 million the university received, $1.2 million went to payroll and retirement, $2.3 million paid the cafeteria vendor, $1 million paid a maintenance contractor, $520,000 paid past-due utilities and $264,000 went to copier leases, according to the Budget and Control Board.

Half of S.C. State’s remaining unpaid bills are at least four months past due. Some date to last year. The university needs a resolution on the $12 million request as soon as possible, said Elzey, who took the school’s helm last year.

The university cut its expenses by $5 million in the current budget by laying off more than 100 part- and full-time employees and planning for other staff to take a seven-day furlough. Lawmakers must approve the unpaid leave.

The university’s financial improvement plan relies on increased enrollment, though much of its debt stems from a decline. The school missed its target for this fall by 126 students. However, an increased percentage of out-of-state students, who pay higher tuitions, means S.C. State took no financial hit, Elzey said.

“We’re confident we’ll be able to grow enrollment in the future,” he said.

He acknowledged that’s difficult to do amid the school’s financial woes and accreditation uncertainty. The Southern Association of Colleges and Schools put the university on warning last summer.

“Until we can move forward and get this clarified, it makes it more difficult to attract students and regain in the public eye the stature we know we should have and deserve to have,” he said.