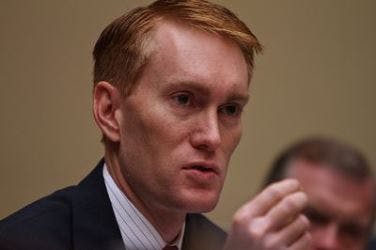 Sen. James Lankford (R-Okla.) and others contend that the 2011 letter sent out by the Office for Civil Rights effectively have the force of law.

Senators took acting education secretary John King to task over the interpretation of a 2011 Dear Colleague letter in an education subcommittee meeting on Thursday morning. The letter in question, issued by the Department of Education’s Office for Civil Rights, interpreted the legal requirements of colleges and universities under Title IX in instances of sexual assault on campus.

Although the Dear Colleague letter does not have the binding force of law, the OCR follows the guidance set forth when conducting its own investigations of Title IX compliance. Failure to comply with Title IX can result in an institution losing all of its federal funding, so stakes are high for colleges and universities.

At Thursday’s hearing, Republican senators said that the education department is overstepping its bounds in enforcing school’s compliance with the guidance set forth in the OCR’s letter. Senators, such as Sen. James Lankford (R-Okla.), have said that the OCR’s regulatory “guidances” effectively have the force of law, due to their power to compel schools to comply.

King denied that the department had changed regulations.

“We do not believe that the guidance has the force of law,” he said. “The guidance is intended to convey our interpretation of the law and regulations.” It is a sentiment he has repeated in prior hearings since taking on the role of acting secretary.

Sen. Patty Murray (D-Wash.) said that campus sexual assault “is a growing national crisis,” citing surveys that find that one in five women are assaulted on campus.

“I hear over and over again from students, administrators, survivor groups, schools, and others about the important work that the Office for Civil Rights does to enforce Title IX,” Murray said. She added that the numbers of investigations that have gone unresolved for more than 180 days were a cause for concern.

“An unresolved case means that a student drops out, doesn’t finish college. It has a lifetime impact,” Murray said. “Our students and our families really rely on the Office for Civil Rights for enforcement.”

King said that the number of complaints have increased by 45 percent since 2010, but OCR has not seen increased funding to properly investigate. He added that the department is including a funding increase in its fiscal year 2017 budget proposal to add OCR staff to move through the backlog of investigations more quickly.