The Tuskegee University Board of Trustees has appointed Dr. Charlotte P. Morris to serve as the interim president of the institution beginning July 1, and will remain in the position until a successor is chosen for the position. 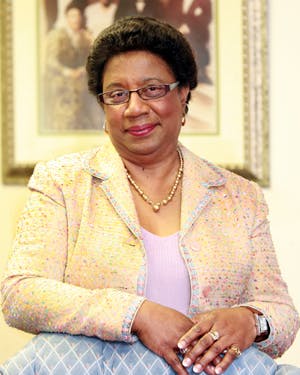 The tenure will mark the second time Morris has served as interim president at the historically Black institution. In 2010, she filled the role following the retirement of Dr. Benjamin F. Payton and became the first woman to lead the iconic institution founded by Dr. Booker T. Washington.

Morris’ latest appointment was made shortly after Tuskegee opted not to renew the contract of its most recent president, Dr. Brian L. Johnson, ending his term on June 30.

Johnson has been credited with developing a five-year strategic plan for Tuskegee, expanding its academic offerings and creating more student engagement and leadership opportunities for students.

Morris has been at Tuskegee for more than three decades and has most recently served as interim dean of its Andrew F. Brimmer College of Business and Information Science and professor of management.

“Thanks to the dedication and tenacity of our incredible faculty, staff, students, alumni and friends, we will continue to build on the ‘Tuskegee Tradition,’” Morris said in a Tuskegee University press release. “I am as committed as ever to advancing our focus on students through excellence in academics, research, service and outreach.”