The Harper College Board of Trustees have announced that Dr. Avis Proctor, current president of Broward College’s North Campus, will become its sixth president, pending a board vote on the proposed three-year contract.

Proctor will succeed Ken Ender, who will step down at the end of June after serving as Harper president for a decade.

A 19-person search committee consisting of Harper administrators, faculty and foundation board trustees met with 10 semifinalists for the president position in December before narrowing the list down to three finalists. The board then met with the finalists in closed sessions. The other candidates for the position were Dr. Johnny Moore, president of Pierpont Community & Technical College and Dr. Annette Parker, president of South Central College. 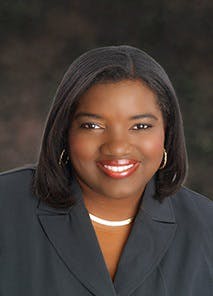 Proctor stood out from the three finalists who visited the campus in January to meet with the college board, administrators, foundation board, students, faculty senate and union leadership. In addition, she participated in campus forums that were open to the public and community.

A St. Croix native, Proctor has 25 years of experience working in the educational field, 20 of which working at the North Campus – first as a mathematics faculty member, dean and vice president, interim president and president, according to the Daily Herald.

She also briefly was a high school math teacher.

Greg Dowell, chair of the Harper board said board members plan to discuss Proctor’s appointment during a Feb. 13 meeting. The board will also formally vote on Proctor’s planned $305,000 annual salary contract, which would run from July 1, 2019 to June 30, 2022.