Dr. Barbara Mistick, president of Wilson College, has announced that she will relinquish her duties as president at the end of the 2018-19 academic year. 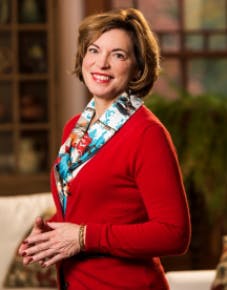 Mistick began her role as the college’s 19th president in 2011 after serving as the president of the Carnegie Library of Pittsburgh. Since then, Wilson experienced increases in enrollment as a result of reduced tuition rates and the establishment of a new student loan buyback program. The college also added academic programs in areas of demand like nursing, addressed future facilities needs, improved marketing and brought co-education to all areas of Wilson.

“It has been an absolute pleasure working alongside her to bring about positive change to further the college,” said Wilson board trustee Dr. Barbara Tenney. “Her excitement and passion for higher education, and the importance of independent colleges like ours, is evident. With tremendous energy and dedication, she has played an integral role in helping Wilson evolve to meet the ever increasing expectations of today’s student.”

After concluding her tenure at Wilson, Mistick will begin a new role as president of the National Association of Independent Colleges and Universities in September.

“I am very proud of my time at Wilson College and the work we have accomplished together,” Mistick said. “With the help of all our stakeholders, alumni, students, faculty, staff, former and current trustees, and the Chambersburg community, we have re-positioned the college and how it presents itself to the community.”