On January 6, 2021, Americans witnessed a bold attack on their Capitol. While many were surprised and shocked at what they saw, some scholars saw that day as the hallmark of a country grappling with white supremacy, the spread of misinformation and growing partisanship. One year later, higher education professionals are still working to silence “the Big Lie” that the election was manipulated in favor of Biden’s victory and stop the rush of violence some believe could happen again.

Dr. Manisha Sinha, the James L. and Shirley A. Draper Chair in American History at the University of Connecticut and an expert on the Civil War and slavery, taught a seminar on Reconstruction last January.

“Most of my students could draw the parallels between what happened then and now,” said Sinha. “The main takeaway that I tried to convey was how contested and fragile American democracy has been, something that had not occurred to many Americans, including my students.”

It was easy to connect the dots from January 6 to the only successful government coup on American soil, which happened in 1898 when white supremacist groups violently ousted the democratically elected, biracial government of Wilmington, North Carolina. All elected leaders were expelled from the city, Black properties were destroyed and hundreds of people were murdered. After the end of Reconstruction, white supremacists created the “lost cause” myth and rewrote the legacy of the Civil War, turning Confederate soldiers into heroes “rather than traitors who committed treason to uphold slavery,” said Sinha.

“We have only now started taking down Confederate statues which are monuments to men who tried to destroy the American republic. We cannot let that happen again,” Sinha said.

Sinha hopes that higher education professionals have since realized the importance and value of teaching American history and the humanities. Knowing the past should be a “precondition of good citizenship,” she said.

“I was hoping that American citizens and leaders of both parties would condemn the attempted coup. Unfortunately, virtually an entire party is now defending the insurrection and ‘the Big Lie,’” said Sinha. “I fear that voter suppression laws will lead us into another Jim Crow era. If that happens, it will destroy democracy in this country and may even spell the end of the American republic.”

Dr. Gregory J. Vincent, a civil rights attorney and professor of educational policy studies and evaluation at the University of Kentucky, said what he witnessed on television a year ago was “beyond the pale” and “criminal.” He compared it to Watergate.

“The big contrast between Watergate and now was strong bipartisan support,” said Vincent. “If you’ll remember, it was members of Nixon’s own party who said, ‘enough.’ Now there’s a litmus test to be a Republican — you have to be anti-vax, say ‘stop the steal’ — and I do think that level of partisanship is toxic. It’s poisoning the functioning of a good government.”

Vincent said that day was a strong reminder of just how much work educators had to do. For Vincent, undoing misinformation and building civic understanding starts at a place he holds most dear: the First Amendment.

The First Amendment's freedom of speech provisions enable education and offer protections from the current uproar against critical race theory and The 1619 Project, a series of essays led by Nikole Hannah-Jones that explore the idea that America began not in 1776 but in 1619, when the first enslaved African was brought to its shores. The current politicization of education is a danger to democracy, said Vincent.

“I have a lot of faith in the future, people are looking to get involved and engaged. I would say to take to heart the charge of the late Representative John Lewis — getting into ‘good trouble,’” said Vincent. “We play a part individually and collectively, but there’s a threat to academic freedom if we continue down this path.”

Not every citizen has been so lucky to be enrolled in a course that easily lent itself to discussing the events of January 6. Dr. Charles H. F. Davis III, an assistant professor in the Center for the Study of Higher and Postsecondary Education at the University of Michigan, is unsure just how many college or university faculty were prepared to talk about the day, either when it happened or in the year since.

“Pedagogical strategy is to do something with folks they’ve been wanting to process. But there’s just so much, it’s overwhelming,” said Davis, referring to the multitude of events that have occurred in the past five years alone, including the COVID-19 pandemic, the murders of George Floyd, Ahmaud Arbery and Breonna Taylor. It can be difficult for institutions, the majority of which are led by white people, to learn lessons from the insurrection “in an implicit way that requires changing what we do, that no longer allows for the miseducation of white people,” said Davis.

Davis said that, for him, January 6, 2021 was impactful not just because of what he witnessed but also because of what he did not: police violence. Just months before in July 2020, President Donald Trump ordered tear gas shot into the crowds of peaceful Black Lives Matter (BLM) protestors, who were gathered near the White House. Davis added that before many BLM protests, police could be seen in droves at the location — but seemingly no preparation was done to protect the Capitol, although there is evidence that law enforcement agencies were aware of the threat.

Davis said that the country has learned some positive lessons in the year since the insurrection. But the substantial changes needed to address White supremacy in this country have yet to materialize. Until then, Davis said, it’s inevitable that something like January 6 will happen again and sooner than we could imagine. 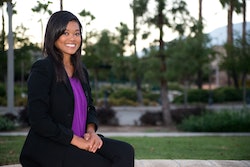