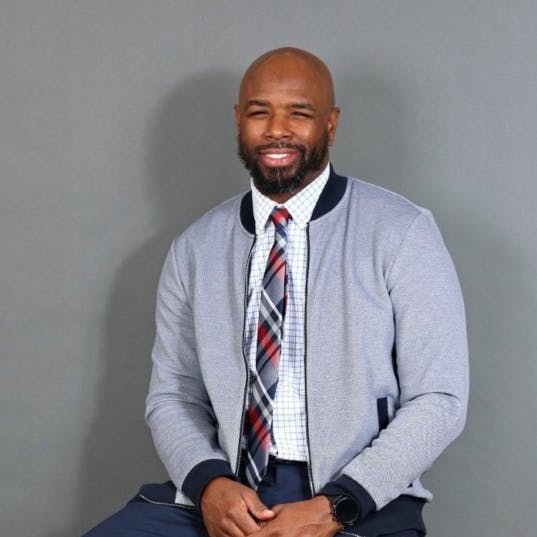 A new report from The Education Trust scanned eight states’ justice policies and recommended ways to better support students in and out of prison at state, federal, and institutional levels.

“Pell restoration at the federal level is remarkable and essential to making college affordable for folks currently incarcerated,” said Dr. Kayla Elliott, director for higher education policy at Ed Trust and one of the report’s authors. “But there are so many other changes that need to be made to make sure that higher education programs in prisons are held accountable to quality and equal access. We also need many changes made to impact students who are formerly incarcerated. But Pell hopefully is headed in the right direction.”

Titled “Beyond the Ban: A Toolkit for Advancing College Opportunity for Justice-Impacted Students,” the Ed Trust report dug into eight states home to the highest incarcerated populations: California, Illinois, Louisiana, Michigan, New York, Ohio, Tennessee, and Texas. The report underscored that New York state, for instance, offers currently and formerly incarcerated students access to state financial aid. But eligibility for such aid may be affected by conviction type.

“That's concerning," said William Freeman III, one of the report’s authors and a Justice Fellow at Ed Trust. “There are so many barriers that are blocking people’s paths to reentry. These barriers will produce an extended sentence on people, a punishment in perpetuity.”

The Justice Fellows are formerly incarcerated people who received their bachelor’s or master’s degrees and have been  engaged in state legislative advocacy work. Freeman was incarcerated for more than 20 years and, while in prison, attended Goucher’s Prison Education Partnership. Upon his release, he completed his bachelor’s degree at Goucher’s main campus. Yet where he resides in Maryland, some state policies still limit his job prospects because of his criminal conviction and despite his college degree.

Elliott added that even when state policies are posing such barriers, higher education institutions can also take measures on their own to enroll and support students who are currently or formerly incarcerated.

She pointed out that New York state does not yet ban colleges and universities from asking applicants about their criminal history in admissions. But some institutions there created their own rules in a movement known as “ban the box.” In 2016, for instance, the State University of New York (SUNY), New York’s public college and university system, voted to remove criminal history questions in its admissions applications following a student-led campaign.

Dr. Noel Vest, a postdoctoral fellow at the Stanford University School of Medicine's in the Systems Neuroscience and Pain Lab, has been advocating for banning the box in undergraduate and graduate college admissions. Like Freeman, Vest is formerly incarcerated as well.

“As one person, I will never be able to change the world," said Vest. “ But if I could do one thing, it would be to increase the numbers of currently and formerly incarcerated people who are getting into higher education. Because that’s the way to change the world, to help people really see beyond our backgrounds.”

“These bans are archaic at this point,” said Freeman. “We have so many stories of people who have had access to college in prison and go on to rework themselves to be stories of inspiration. But that path should be available to anyone who wants it. There shouldn’t only be a handful of people with those stories.”