In a June 13, 2008 Op Ed in The Wall Street Journal, Ward Connerly proclaimed that “Obama is no ‘Post Racial’ Candidate. Connerly’s conclusion is based on the fact that Obama acknowledges the continuing significance of race in an ostensibly ‘post racial’ America. More importantly Obama does not support Connerly’s attempts to outlaw Affirmative Action. Thus, in Connerly’s mind; he is “one of the same tired voices who peddle arguments about institutional racism.” Connerly’s article exposes his own internalized racial inferiority as well as his fidelity to white privilege. He writes, “As millions of whites cast their votes for him in predominantly white states, I held out hope that, perhaps, he was a truly transformative leader.”
Connerly’s subtext is clear. Whites voted for Obama. In exchange for their votes, the expectation is that Obama must deny the continuing significance of race (at least in Connerly’s mind). Although not white, Connerly, it seems, has appointed himself to speak for millions of whites. Hence, he is arguing that since whites have voted for a black candidate, then race no longer matters. Since Obama is the presumptive Democratic Party nominee, racism has simply disappeared. Obama is victorious, thus racism has disappeared.
Mr. Connerly’s argument fails for at least three reasons. First, Obama cannot be a post racial “candidate” since America is still a racialized society. Second, the undeniably historic nomination of Obama does not singularly eliminate racism in one fell swoop. Lastly, employing the post-racial moniker is nothing more than an attempt to sloganeer, rather than address the continuing significance of race.
Connerly writes, “As many readers will know, I am intimately involved in the effort to enact race-neutral initiatives around the country.” Ever the racial apologist, Connerly is attempting to end Affirmative Action in states by voter referenda because he feels that whites are increasingly the victim of discrimination and must be protected. But, why would there need to be race neutral legislation in a ‘post-racial’ America? “Post” suggests “after,” doesn’t it? So, doesn’t the need for this legislation at all suggest that America is still a society that is marked by race?
Connerly’s logic fails. The question is not whether we live in a “postracial” America, but how race affects us all as Americans. Race is contested space and Connerly’s efforts further contest the contours of that space.  Under Connerly’s logic, Obama would be “postracial” only if he accepts the Connerly definition. Neutrality, according to Connerly, does not require one to resort to a detached, objective analysis of race (if such is even possible); rather, it requires submitting to Connerly’s definition, lest one be marked as “racial.”
Connerly and others like him are advancing the argument that Obama’s election as the Democratic nominee for President of the United States is unequivocal evidence that racism in America has ended. Under this premise, whites in predominantly white states have voted for Obama and are thus cleansing themselves of centuries-old racial demons and achieving racial salvation. As important as Obama’s ascent is to the vexing question of race, it would be a mistake to assume it is the end of racism in America. Just as it was a mistake to assume that “major combat operations in Iraq had ended” when President Bush donned a flight suit and so declared.
Admittedly, Obama’s rise suggests progress on the issue of race; however, it does not suggest the end of racism in America. For those of us who experience racism in the academy, in retail stores, on trains, on planes and other public places, we cannot simply now respond to those perpetuators of racism with “Hey, we have a black Presidential nominee, didn’t you get the memo?”
America is the land of spin over substance and ‘post racial’ is the latest slogan to find its way into popular culture and the cultural lexicon. While the term escapes precise definition, it suggests that racism has occurred in the past, and that enlightened whites have eschewed racism as “so yesterday.” It also suggests that blacks who raise the continuing significance of race in a ‘post-racial’ America risk being relegated to the political margins as modern day race-baiters. There is a difference between issuing declarative statements proclaiming America ‘post racial’ and the reality that racism still plays a part in American life. The ‘post racial moniker’ is designed to give comfort to those who have black friends, for whom race “does not matter” and those who believe that “merit” is the great equalizer. As seductive as post-racialism is, it cannot exist in a society where the color of one’s skin still matters. “Post-racial” is another in a series of politically correct terms in which Americans avoid acknowledging the difficult issues, but instead choose to ignore them.
Finally, Connerly for all his ruminations about the need for a ‘post-racial’ America is trapped by the racial thinking that he is supposedly attempting to eradicate.  Me thinks the gentleman protests too much.


Dr. Christopher J. Metzler is Associate Dean at Georgetown‘s School of Continuing Studies and the author of The Construction and Rearticulation of Race in a Post Racial America (Aberdeen University Press, 2008). 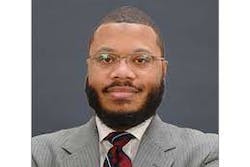