In the World of HBCUs, Research Must Inform Practice

Quite often students and others ask me why I do research — What’s the purpose?  Does it make change?  Am I doing research to fill journals and books that very few people read?  The answer for me and most of my faculty colleagues is “No”!  Most of us became faculty members because we wanted to shape and influence the minds of young people.  And, we wanted to use our writing and research skills as well as our voices to make positive and systemic change in the world.  I personally seek to understand and make change in the world of HBCUs.  Fortunately, there are quite a few scholars conducting research related to HBCUs.  I thought I’d use this week’s blog entry to highlight some of these individuals and their work.  I hope that those of you who work at HBCUs and are interested in the future of HBCUs will take a look at the work of these scholars.  Their work, by and large, shows the positive impact that HBCUs have in the nation — providing much needed empirical evidence that policymakers, the media and the public crave.

In the wake of Hurricane Katrina, here is an interesting article:

And in this world of changing technology, this article might be helpful:

To explore the role of HBCUs in preparing the leaders of corporate America, see:

For an up-to-date examination of graduation outcomes at HBCUs:

To explore issues of gender and student engagement, check out:

For those practitioners in the area of student affairs administration, see:

If you are interested in the impact of an HBCU education on African American males, see:

Robert Palmer & Marybeth Gasman, ” ‘It Takes a Village to Raise a Child’: The Role of Social Capital in Promoting Academic Success for African American Men at a Black College,” Journal of College Student Development, (January/February, 2008), vol. 49, no. 1.

And lastly, this article provides a rigorous examination of HBCUs’ impact on the labor market: 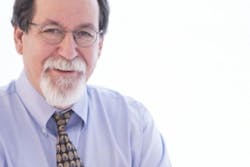