We Should Be Realistic About Racial Representation in Television

Over the next few weeks, the American public will be introduced to many new comedies, dramas, “reality” programs and other forms of media. And of course, viewers will witness the return of many of their favorite programs. To be blunt, I do not watch an abundance of television. One reason for doing so is that I do not have much time to be an indulgent couch potato. To be honest, I do not find that much on mainstream television to be all that appealing.

In fact, the overwhelming majority of television programs I watch are on cable. During my boob tube viewing history, I have had a few programs that I had religiously tuned into on a weekly basis – “The Cosby Show,” “Ally McBeal,” “Swingtown,” “True Blood,” “Mad Men” “Six Feet Under,” “Desperate Housewives” and “Frank’s Place.” Of all the current cable programs, the one that I have been most deeply engaged in is the AMC drama “Mad Men.”

The show, produced by Matthew Weiner, creator of the HBO mega hit “The Sopranos” explores the inner workings and complexities of several men and women who work at an advertising firm in New York City in the 1960s. Now, in its third season, the show has addressed a number of social norms that were relevant to the era. Racism, sexism, anti-Semitism, homosexuality, abortion, infidelity, alcoholism, depression and other topics are discussed at various degrees. The main character of the show is a conflicted, tormented upper middle-class WASP advertising executive named Don Draper.

“Mad Men” has been a consistent favorite of television critics. The show has spawned a number of columns, commentary and debates by journalists, psychologists, academics, Internet chat rooms, blogs and other media. Even the fashion industry has begun to take notice as the mod look of the 1960s has suddenly become vogue in some Madison Avenue circles. The show has definitely struck a nerve among many people from varied walks of life.

What is notable is that a number of African-Americans have weighed in on the “Mad Men” phenomenon. Earlier this summer, there was a piece of the popular website “Double X” entitled “Why Mad Men Is Afraid of Race?” written by cultural critic Latoya Peterson that took the 60s styled drama to task for being hesitant to address the history of American racial conflict. Several days later, another journalist, David Swerdlick, a frequent contributor to The Root web site responded to Peterson’s column arguing that the show was very realistic in how it addresses the marginalization of people of color.

As a historian, I have my take on both perspectives. The fact is that non-Whites were largely obscured in the professional WASP world of the 1960s. It is probably safe to say that the few Black characters that are showcased — Paul’s ex-girlfriend Sheila, the Draper’s maid Carla and the Black elevator operator Hollis — are accurately seen as individuals who are occasional yet brief interlopers in the lives of upscale Whites. They were there to serve at the pleasure and discretion of the White families and businesses that employed them and they are expected to listen, answer when spoken to, do their jobs and stay out of the way. While such a situation was certainly unflattering and even annoying on a number of levels, the fact was that this was reality for more than a few Black people in America during the days of the modern Civil Rights Movement.

While it would be interesting to see Carla, Hollis and Sheila deeply engaged in the most intimate workings of the lives of the main characters, the fact is that such a depiction would largely ring untrue. The same holds true for the advertising agency. No Black person, including secretaries, outside of the janitorial staff, would have been working at Sterling Cooper. Racist clientele, stockholders, the status quo and the conservative climate of the environment would have prohibited such a thing. The fact is that race has an ugly history in our nation.

What is even more important (at least to me) is that while it is commendable for television writers and producers to be racially, religiously and gender inclusive in their shows, the fact is that sometimes this may not always be the most accurate approach. Let me make it clear that I have no problem with television shows experimenting with new ideas or even thinking “outside the box” for that matter. Much of television is imaginative in its nature. Moreover, more diversity on the networks of any type is a good thing. The NAACP’s 1998 report criticizing the three major broadcast networks, ABC, CBS and NBC, for their deplorable lack of diversity was justified.

What becomes problematic (at least to me) is when shows, for whatever reason, in an effort to make their shows more diverse, engage in plots and develop situations that seemed contrived or forced. Would it have made sense for a Black family to be the major focus of “The Soprano’s” when that show focused on Italian Americans who lived in northern New Jersey? Would it have been logical for Blacks to be 50 percent of the characters on “Newhart”, the CBS program in the mid-1990s about White middle-aged people and some senior citizens that took place in central Vermont?  Should senior citizens have been the major characters on Buffy the Vampire Slayer, a program where teenagers slayed all sorts of evil beings? Should Whites have been prominently showcased in every single episode of “The Cosby Show? or “Soul Food? ” Get my point? It probably would have smacked of patronizing tokenism at best.

To be honest, I watch “Mad Men” and most television shows strictly for the entertainment value. If I wanted accuracy and precision I will read a history book or interview someone who has lived such an experience. Such a person could provide you with more accuracy than any situation comedy, drama or “reality program” can ever do. This is simply a fact.

There is nothing wrong viewing television with a critical eye. However, sometimes, we need to be realistic about the fact that oftentimes writers, producers, and directors are often attempting to deliver entertainment value to their audience — nothing more and nothing less. Fiction, by its nature, has no responsibility to be accurate. Sometimes it is best to remind ourselves of the saying “it’s just a television show.” All of us should keep this thought in mind as we tune in to watch the new fall season.

Dr. Elwood Watson is a full professor of History and African American Studies at East Tennessee State University. He is the author of several award-winning academic articles, several anthologies and is the author of the book Outsiders Within: Black Women in the Legal Academy After Brown v. Board  (Rowman and Littlefield Publishers Spring 2008. 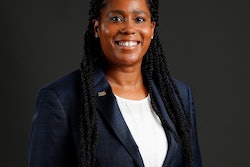