The Need for a National Goal

Last week I spoke with a columnist from Hispanic Outlook in Higher Education about my research, commentary, and overall interest in the advancement of underserved students in science, technology, engineering, and mathematics (STEM) fields. She offered a series of questions, several of which I’ve been asked before: Why is it important to increase the number of minorities in STEM fields? What is happening with the National Science Foundation’s plan to consolidate funding for STEM education programs? What is the role of community colleges in STEM higher education?

Yet, one question in particular—although a seemingly obvious one to ask—resonated with me: What have been the success metrics for increasing the number of minority students in STEM majors?

An easy enough question to answer: degree attainment. Other measures include national parity between underrepresented groups and majority populations in graduate study, academia, and the STEM workforce. I could certainly come up with a number of responses, yet for me, this inquiry prompted more questions than it did satisfactory answers.

At a time when the higher education community is occupied by innovative initiatives, new and scaled-up programming, evidence-based policy recommendations, and other calls to action—all with the intent of meeting national completion goals—the meaning of success in STEM education is suddenly murky.

If we are to hold degree completion as the standard by which to measure success in STEM education, are we to include STEM associate’s degrees? Technical certificates? Many would say yes, yet the higher education research community has long focused on four-year degrees as the primary outcome.

Moving beyond the bachelor’s degree, does a medical degree suffice as success? Not necessarily, according to the National Institutes of Health, an agency with great focus on research degrees given the national need for more research scientists from diverse backgrounds. What about the low-income, minority, or first-generation STEM graduate who utilizes his or her analytical and problem solving skills in a non-STEM setting? Do we consider this a failure? Many research studies would say so.

Yet how, as a community of educators, are we to uniformly work toward a goal if there is not a unified vision of what that goal consists of? While we may, as individuals or institutions, have personal conclusions of success in STEM education, these conclusions alone will not suffice if we are to truly move the STEM agenda forward on a national scale.

What we need is a well-articulated, realistic, and yet ambitious national goal for STEM higher education. One that is comprehensive, yet local in its approach, while also allowing individual STEM disciplines to create parallel goals that address their unique needs. National and local philanthropies would follow on that goal with increased giving for STEM education initiatives. Individual states would construct respective goals and policies based on their demographics, education systems, industry presence, and workforce needs. State systems of higher education and individual institutions would further define how their offerings support the national goal, with collaborative support from federal and state agencies.

If this sounds like a familiar scenario, it should. It is happening across the country in response to President Obama’s 2020 postsecondary completion goal. Leading national education foundations such as Lumina Foundation for Education, Bill & Melinda Gates Foundation, and Ford Foundation have set forth their own prominent completion goals, as have state systems of higher education, state and community foundations, and countless others. The academic and think tank communities are prescribing research and policy in support of the completion agenda; at once working toward a set of practices that can be put into immediate action.

The completion goal has become a national movement with growing momentum and a good example of what meaningful rhetoric and widespread funding can do. It is also a response appropriate to our national need for educated workers and an educated citizenry.

If researchers are correct in their estimates of the national need for STEM jobs and our global need to make drastic improvements in STEM education in order to retain America’s economic positioning, then we cannot wait another day to start the next revolution.

The comprehensive national STEM goal needed will require widespread consultation and idea generation among and between leaders—both on and off the ground—from all sectors of education and industry. There must be inclusion of the civil rights and youth advocacy communities as well as players who make and shape policy from the federal level down. Also, stakeholders that represent sub-populations most underrepresented in STEM, and those who understand regional economic and demographic movement and societal trends.

In other words, all who contribute to and benefit from STEM education. Sound simple? Not in the slightest. Achievable? Yes. Necessary? Absolutely. 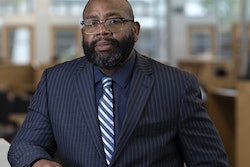 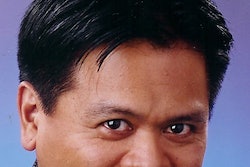