Fisher v. The University of Texas: Why Should We Care?

On October 10, 2012, the U.S. Supreme Court heard oral arguments in Fisher v. University of Texas at Austin. The case directly addresses the issue of ethnic and racial diversity as central to the American educational enterprise. The Fisher case generated over ninety amicus curiae briefs, one of the largest responses for any case coming before the Supreme Court.

What makes the Fisher case unique is that the University of Texas at Austin (UT), the flagship of the state university system, had been employing a “Ten Percent Plan,” admitting the top ten percent of high school graduates in Texas since the Fifth Circuit opposed the use of race in the Hopwood decision (1996). After Grutter v. Bollinger, UT Austin decided to re-insert race as a factor in higher education admissions, in addition to the Ten Percent Plan, because it saw that there lacked a “critical mass” of disadvantaged students of color at the classroom level.

In 2003, Justice Sandra Day O’Connor wrote for the majority in the Supreme Court’s 5-4 Grutter decision. The court ruled that student diversity is a compelling interest and that the University of Michigan Law School was properly considering race as one of the factors in a holistic review of applications for admission. The Court noted that a student body diverse in race and ethnicity brings a myriad of experiences that benefit the entire group.

Institutional climate and responsiveness to diversity closely correlate with academic excellence and equity. Through institutional diversity students can benefit from the intellectual, cultural, civic, religious and personal experiences of a range of students, reflecting the richness of this heterogeneous, pluralistic society. They can learn the tolerance, coexistence and ecumenical spirit of shared values and common destinies that make America strong. As a nation, we are not in a position to discard talent. It is critical that we be inclusive when we assess the multitude of characteristics that contribute to the potential for excellence.

As this nation becomes increasingly diverse, this is not the time to abandon race- and ethnicity-based programs of inclusion. We have been surpassed by nations that are investing in their students, particularly in science, technology, engineering and mathematics (STEM). Diversity — and the benefits that flow therefrom, is a matter beyond our national interest; it is a matter of national security.

We are also concerned that we not see the evolution of a disaffected class created when opportunities are foreclosed from identifiable groups. The Court in Grutter articulated the importance of legitimacy of our institutions. With the changing demographics, this becomes a serious concern. This nation must be — in theory and in fact — as inclusive as possible.

As professionals representing major educators as well as employers, we have also seen the importance of recruiting top-notch talent and understand the linkage between graduating excellent students of all colors and employing outstanding, qualified members of the workforce. Today’s students become the leaders of tomorrow’s workforce, and we constantly witness the pipeline in progress and the results as faculty and administrative hires on our campuses. We know that students in non-diverse classrooms are unprepared to go to work as educators or physicians sent out to serve a community that is diverse.

Moreover, as Justice Blackmun wrote in Bakke, “In order to get beyond racism, we must first take account of race. There is no other way.” Other “race-neutral” options are simply inadequate. 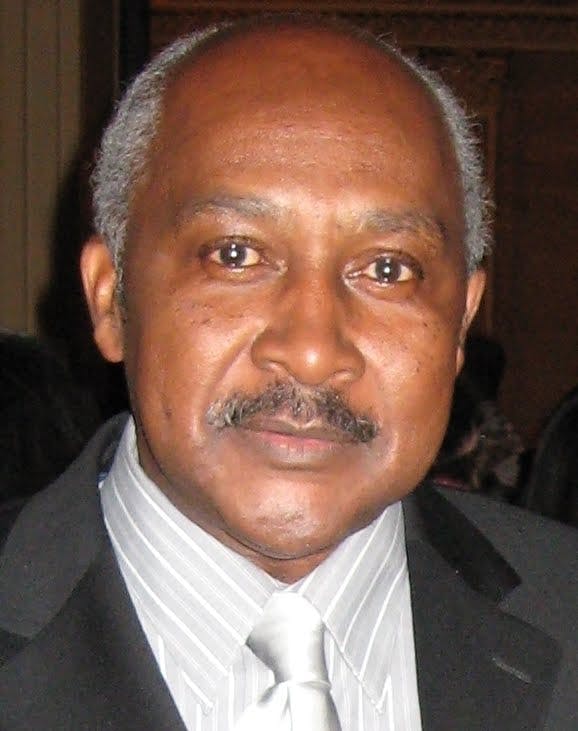 Gregory Chambers is the president of the American Association for Affirmative Action.

So, why should we care about the outcome of the Fisher case?  Because retaining race and ethnicity as factors in higher education admissions is an essential link to ensuring the benefits that flow from diversity to our students, institutions, employers, government and to our prominence in the global economy. No one should be chosen because of their race or ethnicity, but we believe that we need to consider all aspects of the human condition when assessing the potential for meaningful contributions to America and beyond.