Knowledgeable Approach Can Take Stress Out of Affirmative Action Conversations 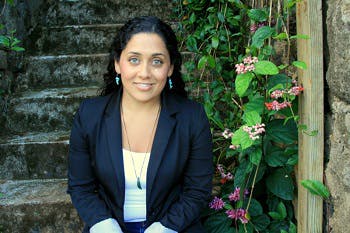 An open letter to students of color:

The Supreme Court has heard Fisher v. University of Texas, a case about the use of race as a factor in college admissions. Although the court will be examining a unique admissions system, where the bulk of students are admitted under a “race-blind” admissions program called the top 10 percent plan, most commentators are framing the issues broadly and speculating that the court could use this case to mark the end of affirmative action in college admissions.

This case means that race and the educational achievement gap are going to be all over the news and the subject of public “discourse” dressed up as a violent turf war. As a student of color, this means that you, your qualifications and your race could become the subject of scrutiny and potentially tried daily by a jury of your peers. My prayer is that you will have intelligent, well-informed, respectful discussions at a time that is mutually convenient for you and those with whom you choose to discuss these topics.

Realistically, however, you are going to be confronted by at least one person who expects you to justify affirmative action — on behalf of your whole race. Because there are statistically fewer of you represented on college campuses, it is more likely that you will be expected to justify it over and over again. Another classmate having the discussion for the first time; you having it for the sixth or seventh time that week alone. It will feel exhausting, annoying and unfair and you might even be tempted to take an anti-affirmative action stance to remove their excuse for assailing your qualifications.

However, if you are prepared, you can address these confrontations quickly and avoid hours of fighting that would unfairly burden your academic focus. Remember, you are first and foremost a student just like they are, and your academics remain an important priority, even when it feels like others keep heaping this back onto your plate.

Here are some tools that I hope will help you keep conversations efficient, respectful and informative — diffusing tension and allowing you to keep on your academic focus.

1. Holistic File Review: Although the top 10 percent plan fills the bulk of seats at the University of Texas, this is not the portion of the admissions system that is being challenged. What is being challenged is the use of a “Holistic File Review” system to fill the remainder of seats. This system is used all over the country and is modeled after the Harvard Plan, which the court has applauded as a fair use of race in college admissions.

A holistic file review system simply means that admissions officers are looking at more than SAT scores and GPAs to determine who should be awarded admission. Here, officers read admissions essays and recommendation letters first to assess an applicant’s writing skills, and then to understand the context in which his or her scores were earned. These factors that officers examine to understand context include: extracurricular involvement, awards and honors, community service, leadership and personal circumstances. The personal circumstances category is subdivided into a second set of factors: family socio-economic status, school socio-economic status, family commitments and race. Taking this list of factors into account admissions officers provide a comparative analysis of applications to choose the stronger, more qualified applicant.

The procedure shows that race is only one factor in a subset of other factors that admissions officers consider. Knowing exactly how race is being used will hopefully inform misunderstandings about what “affirmative action” means in practice.

If you start with an explanation of the challenged process, you will set the stage with valuable information that should preempt typical arguments about quotas, point systems, and socioeconomic disadvantage. It also concretely frames the discussion in practical rather than racially charged terms.

Don’t let discussion become framed as about “racial preferences;” it is a false premise and sets you up to argue from a defensive posture rather than discuss as a respected  equal. Once you move onto other arguments, you can refer back to this framework as necessary to keep the discussion realistic instead of sprawling into unwieldy hypotheticals.

2. Socio-economics: Many people argue that the focus in admissions should be on socioeconomic status instead of race. This holds weight because socio-economic status can be an important indicator of disadvantage. Luckily, the holistic file review system already takes it into account in the personal circumstances category.

At the same time, however, socio-economic status does not serve as an adequate proxy for race because people of color continue to suffer racial discrimination, no matter what their income level. Income is not an adequate protection against racism. If it were, Black teenagers living in gated communities would not still be the victims of racially motivated hate crimes.

3. Re-defining merit: Use the socio-economic argument to your advantage. Why is there no outrage that socio-economically disadvantaged kids are getting admissions “preferences”?

You can also mention, as one court pointed out, that the holistic file review system may work in favor of a White student who demonstrated his or her merit through success as a minority White student in a majority student-of-color school.

Focus on the state’s role in constructing an environment in which opportunity was inequitably distributed according to race. The state denied people of color the right to vote, restricted their physical movement with segregation laws and made it a crime to provide slaves with even a basic education. The state’s role in creating this disadvantage is what sets it apart from other disadvantage that a student might overcome, such as domestic abuse in the home.

Focusing on the state’s responsibility for the harm will also help keep your discourse rational and respectful by avoiding White defensiveness. You are not talking about what they, their parents or ancestors did or did not do. You are simply talking about the factual consequences of an unfair system that was created by a third party. Both of you, together, can be upset at the state for creating this mess that neither of you should have to be dealing with.

disadvantage of past discrimination was a compelling government interest — in other words, an interest that was justified against even the strictest level of judicial scrutiny.

Over the years, this argument was replaced with diversity rhetoric that sounds nice but distracts from and ignores important issues like the ones mentioned above. As such, you might even concede that we went wrong somewhere with our justifications of affirmative action. But suggest that the answer isn’t to get rid of good policies that are fair in practice, but rather to justify them more clearly with the wisdom of the man who argued Brown v. Board of Education and served as the first Black Supreme Court justice.

Overall, good luck keeping a clear head and focusing on your schoolwork. Remember that you are talented, resilient, intelligent and brave. And if your school uses a process like the one challenged here, rest confidently in the fact that you were hand-picked because they saw merit in exactly who you are.