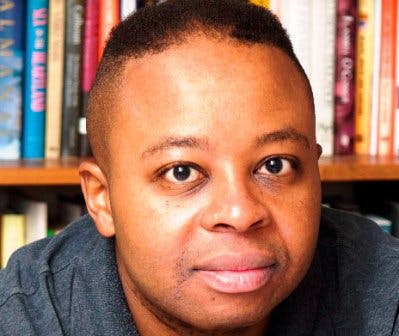 A few weeks ago on November 6, election night 2012, more than 40 Hampden Sydney College students rallied outside the campus Black Fraternity house and Student Union residence shouting racial epithets, hurling beer bottles and engaging in other forms of violent behavior. The majority of the victims of this incident were Black men. Students, faulty, staff, and university administration officials of the all-male institution, including the college president, who is Black, expressed genuine shock that such an ugly spectacle erupted on the all-male campus and have vowed to take proactive steps in an effort to prevent future acts of intolerance.

More recently, Jordan Davis, an energetic, fun-loving Black teenage boy from Jacksonville, Fla. (his family was originally from Georgia), was shot to death by a 45-year-old White male, Michael David Dunn. The reason? Dunn was offended that Davis and his friends were “playing music that was too loud!” He (Dunn) approached the young men in his car and proceeded to engage in an argument with them and eventually unloaded eight bullets in the car. Two of the bullets struck Davis, killing him instantly. Dunn was captured several hours later hiding out in a motel almost 200 miles away.

When I first heard about this demonstrably tragic case, my mind immediately flashed back to the Trayvon Martin case (also based on Florida), who was shot and killed by George Zimmerman. The young Mr. Davis was laid to rest this past weekend. As was the case with the Martin family, my heart goes out to the Davis family as well.

A larger question that emerges from these senseless tragedies is why do some White men like Dunn and Zimmerman (in the case of Zimmerman bi-racial) see the need to belligerently confront and, in some cases, fatally harm young Black males? Moreover, what does it say about our society that these two men (and others like them) continue to have the audacity to do so? To me, it says something very troubling and disturbing about how many people devalue and disregard Black life—in particular, Black male life—in this nation. This is true for some Black males as well.

Pulitzer Prize-winning journalist and senior Huffington Post blogger Trymaine Lee has argued that “Black Men Are The Most Victimized Group in America.” I tend to agree, and I am happy to give a few examples. Time to go down memory lane so to speak.

Some of us are old enough to remember the 1989 case of Charles Stuart. For those of you readers under 30 (maybe 35), Stuart was a psychotic 29-year-old White male from Boston, Mass., who pumped a bullet into his pregnant wife, shot himself in the abdomen and later informed police that  a “raspy voiced Black man” had committed the crime. A Black man with a prior criminal record, Willie Bennett, was convicted of the crime. After several weeks of raging hypersensitive racial tension that gripped Boston for weeks, further evidence and family testimony revealed that Stuart was, in fact, the culprit of his own devilish deeds. He committed suicide by jumping into Boston harbor as police closed in on him.

A similar “Black man as villain” scenario repeats itself a few years later in the fall of 1994 when Susan Smith, a mentally ill mother from Union, S.C., drowned her two young boys, 3 years old and 16 months, at the bottom of a lake. Who did Smith accuse of “kidnapping” her children? You guessed it. A Black man. After a week of unrelenting cross-examination from local law enforcement, Smith broke down and confessed to her guilt. She was sentenced to a life in prison and just recently was denied clemency last year.

It was also during this time when I was a graduate student in the mid 1990s that three young girls (under 8 years old) reported to the police that they had been attacked by a Black man who was 6’2, 210 lbs. The fact that this was in a state where the Black population was notably minute and Black men over 6’0 were negligible promptly caused law enforcement to conclude these young ladies had fabricated (the girls admitted to doing so) their story.

Let’s not get started on the Central Park Jogging Case in New York that occurred in the late 1980s where, at the time, five young men were initially accused of a sadistically brutal attack. Later DNA evidence and testimony exonerated the young men. The circus atmosphere and distortions that resulted from this event can never be forgotten. In fact, the trial is back in the news once again as the victims of this gross miscarriage of justice seek financial compensation for their decade-long incarceration.

Violence aside, from boxer Mike Tyson (who recently seems to have made an ardent effort at self–rehabilitation) to the late superstar Michael Jackson to Tiger Woods, everywhere you look, it seems that some Black man somewhere famous, relatively well known or obscure is under the unrelenting public microscope for some sort of personal transgression and is frequently the target of anger or perennial suspicion from some segment of society. Moreover, such animosity seems to be magnified by an ever carnal, voyeuristic public all too eager to propagate long held stereotypes of men of color—in particular, Black men—as deviant, supposedly predatory, psychotic menaces to the larger society.

Lesser known professional Black men can also fall prey to deeply ingrained stereotypes. There are countless stories of Black attorneys, professors, businessmen and other professionals being stopped, interrogated and, in some cases, booked and imprisoned for being seen as “suspect.” Remember Harvard University professor Henry Louis Gates Jr. being questioned and eventually arrested while being in his own house in Cambridge, Mass., in the summer of 2009 after a heated dispute with a police officer?

One can only shudder at thinking how many Black men—or innocent people of any race—are sitting in prison today because some sorry, sad, psychotic person decided to target them as the assailant of a crime they did not commit. It is probably safe to say that a disproportionate number of these individuals are Black men and a growing number are Latino males. It is no wonder that a growing number of Black (and Latino men) have been diagnosed as suffering from internal rage.

We can only hope that justice will be served in both the Martin and Davis cases. Just as important is the fact that we as an ever growing racially diverse society must make an effort to genuinely and effectively communicate by talking to each other, not at one another pointing accusatory fingers. To paraphrase the late, great Dr. Martin Luther King Jr.—at some point Americans had better learn to live together as brothers and sisters or we will perish together as fools.