Sustaining the Future of HBCUs 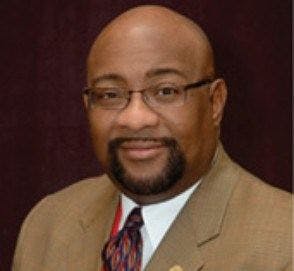 Dr. Robert Jennings is president of Lincoln University in Pennsylvania.

Almost every institution in America, if not the world, is seeking ways to enhance its stability. Historically Black colleges and universities (HBCUs) are paramount among this group.

Yet, as a group, these institutions have never had the resources that other institutions of a similar size and stature have amassed. And with the reported end of the national recession in June 2009, the residual effects are posing a devastating toll on HBCUs, especially those with enrollments under 2,500 students. According to the National Bureau of Economic Research (NBER), the unofficial start and end of a national recession in the United States is defined by “a significant decline in economic activity spread across the economy, lasting more than a few months, normally visible in real gross domestic product (GDP), real income, employment, industrial production, and wholesale-retail sales.”

Judith Warner, author of We’ve Got Issues: Children and Parents in the Age of Medication, points out that “economists may assert that we’re in the early stages of a recovery, but surveys continue to show that the impact of the Great Recession on American families is deep, widespread and grim.” Most of us at HBCUs strongly agree.

A report by the Population Reference Bureau shows that more than 70 percent of Americans age 40 and over feel they have been affected by the economic crisis. Government data indicate that the net worth of the average American household has shrunk by about 20 percent — the greatest such decline since the end of World War II. Long-term unemployment — joblessness lasting six months or more — is also at its highest level since the mid-1940s.

According to the Rockefeller Institute, 20 percent of Americans have seen their available household income decline by 25 percent or more. Thus, it is becoming increasingly difficult, if not impossible, for families, especially those represented at most HBCUs, to finance a postsecondary education.

As President of Lincoln University, the nation’s first degree-granting HBCU, our greatest need is scholarship support. When short of funds, even as little as $500, students’ recourse is often to stop-out or drop-out to find work to help with the family or raise money to stay in school.

This past August, more than 425 upper-class students were not able to return to Lincoln for lack of funds, and in some instances, their balances from the previous semester ranged from as little as $500 to $2,000. The additional problem is that more than 30 percent of the students who leave prematurely do not return within four years, thus guaranteeing a more difficult and longer process to complete a degree when, or if, they do return.

Historically, Lincoln University has attracted first-generation college students whose family incomes are less than $45,000 for a family of four. Sixty-four percent of our students are the first in their families to ever attend college; more than 50 percent are from single-parent households; and 96 percent are on one or more forms of financial aid.

As a state-related institution, many assume we receive all the support we need from the legislature, although state funds only represent 15 percent of our budget. While this is a great help, it is not enough.

And while most students at HBCUs rely on Pell Grants and other government subsidies, the amounts for these grant programs have not kept pace with the economy and the increases that continue to rise with just normal day-to-day necessities. As one of my colleagues stated, “We don’t want to raise tuition and fees, but insurance and other expenses including paying adequate and competitive wages to retain some of the best and brightest faculty and staff is a necessity if we are to be viable, active members of the academy.”

Aside from several changes to the Pell Grant program, the maximum award for the 2011–2012 academic year, $5,550, has remained the same for more than three years. Cuts in congressional funding has also led to severe financial problems for many students, since data shows that funding has not matched increasing enrollment of those qualifying for aid through the recession. The impact on those attending HBCUs is also amplified because the endowments at these institutions are vastly low and have not seen substantial increases or a corresponding increase based on the number of students enrolled or in need of financial aid.

Sustaining the future of any college or university is a key element of the CEOs job today.

In fact, almost any college leader who is not investing 50 percent of his or her time fundraising is likely ineffective. Case in point, almost every HBCU that has lost its accreditation has done so due to finances and double-digit default rates. The leaders of these institutions will undoubtedly attribute their failure not only to inadequate fundraising efforts, but to a lack of staff to address matters of equal priority.

But even with fundraising efforts, alumni-giving at many HBCUs is not at the percentage levels expected, which is sometimes attributed to the large loans owed after graduation. At the average HBCU, most students graduate with a debt in excess of $40,000, the same amount many invest in a first time home purchase. Sometimes graduates pay their loans, and sometimes they do not, and ultimately the institution gets blamed, even though most do a fairly decent job of counseling students on the importance of paying off the loans beyond graduation.

As Bloomberg News reports, “More than one in 10 borrowers defaulted on their federal student loans, intensifying concern about a generation hobbled by $1 trillion in debt and the role of colleges in jacking up costs.” In 2011-2012, the default rate for the first three years that students are required to make payments was 13.4 percent, with for-profit colleges reporting the worst results, according to a report issued by the U.S. Department of Education.

Regardless, HBCUs play a major role in our nation’s history and economy, ensuring America has a diverse, well-trained workforce. Thus, it is imperative that their futures be sustained. This can only be accomplished if Congress increases its level of support to colleges and universities, especially HBCUs, and alumni give at higher levels. Business and industry must also recognize that these institutions play a viable role in supplying a literate citizenry who often becomes their workforce. Finally, all Americans must understand that we are losing our competitive edge and that HBCUs, like Lincoln, need support to meet the challenges ahead because, in all likelihood, the recession and its residuals are not over.

Robert R. Jennings is the 13th President of Lincoln University of the Commonwealth of Pennsylvania.