Why I Can No Longer Support the Anti-Bullying Movement: An Ally’s Pronouncement to the Majority 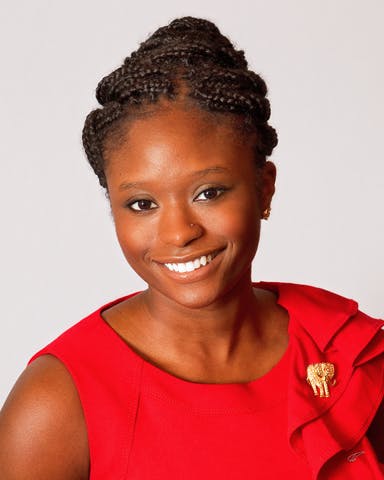 In September 2010, columnist Dan Savage started the It Gets Better Project as a testament to the suicides of two 15-year-old high school students who took their lives as a result of relentless harassment by classmates because of their gay identities. Successors to organizations like The Trevor Project and the Matthew Shepard Foundation, the It Gets Better Project and Born This Way Foundation brought greater attention to anti-gay bullying. Following the suicides of 14 more teenagers, the White House held a high-profile Conference on Bullying Prevention, and President Obama endorsed support of legislation like the Safe Schools Improvement and the Student Non-Discrimination Acts. Collectively, these entities work to empower and advocate for disempowered lesbian, gay, bisexual, transgendered and questioning youth.

The anti-gay bullying movement is justified by the countless examples of hate experienced by LGBTQ youth. These experiences always existed, but we ignored them. We, “the majority,” with our privilege, deafening silence, violence and ignorance created those debasing experiences. We disempowered these individuals. And now, when their message is unmistakably clear and the impact of our discrimination is undeniable, just when the stage has been set, we snatch the mic with our broad-stroked definition of “bullying” and highjack the movement. The once “anti-gay hate crime” movement is now an “anti-bullying” campaign; a watered-down, heterosexualized and whitewashed version of a movement that had the catalyst to revolutionize an unapologetic bigoted culture. This is not about the progress the preceding supporters make in an effort to transform culture in our schools and on campuses. This is about what we do to slow them down.

The Problem with the “Bullying” Definition

According to StopBullying.gov, “bullying is unwanted, aggressive behavior among school-aged children that involves real or perceived power imbalance.” Children who are at greater risk of bullying are:

There are detrimental problems with the standing definition ascribed by the White House. The term as defined removes all identifiers of the movement’s predominantly effected population. By severing LGBTQ from bullying, controversy associated with the LGBTQ “lifestyle” is eliminated; the ever-present civil rights issues attached to the population, detached.

Bullying, in this context, is now a “user-friendly” term where all individuals can relate to situations of “difference.” Bullying has taken on the same nuances as “diversity”; now everyone can include themselves in diversity when the majority’s intent is to create a politically correct term they can use interchangeably with people of color. In other words, the definition is patronizing.

Difference is not merely about not being the same; it is about power. Of course youth with disabilities are perceived as weak and unable to defend themselves, socially isolated youth are less popular than others and have few friends or LGBTQ youth are depressed, anxious and have low self-esteem. The definition lends itself to criticism because this is how the majority views the problem. The majority perceives them as annoying, provoking and antagonizing to others for attention. These risk factors demonstrate the privileged lens with which we analyze the reasons for the bullying problem.

Not to mention the focus on school-aged youth. Bullying of any kind occurs throughout all age categories; on our college and university campuses and in the workplace. This definition takes responsibility off of us (as adults) and makes bullying a child’s issue. It is not.

What does the evidence say about the effectiveness of anti-bullying programs and laws?

There is little evidence that suggests anti-bullying programs prevent bullying. And, some believe that bureaucratizing bullying behavior will lead to greater adverse effects. Regardless of what will become of these programs, we can say that resources invested in reducing bullying are not targeted to shifting our homophobic culture.

Legislative efforts, like the Safe Schools Improvement and the Student Non-Discrimination Acts, in theory are good things. However, it would be an egregious mistake to not point out the redundancy of passing laws that prohibit actions that are already illegal, i.e. harassment and hate crimes. If anything, the need to add language such as “perceived or actual sexual orientation” and “on the basis of” is further evidence of the aforementioned point: discrimination toward these groups was socially acceptable and may not have been charged or persecuted to the extent existing laws allowed. As an ally, I would be much more willing to support an anti-ignorance legislation since it is already a crime to harass or harm an individual in the United States.