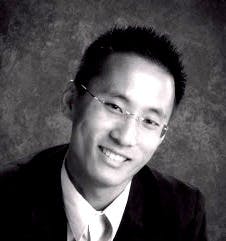 Part one of this series reviewed what five decades of research does and does not tell us about the model minority stereotype (MMS). We learned that Asian Americans were intentionally selected to be model minorities and that the positive stereotype of Asian Americans is not positive since it masks the mental health and social difficulties this heterogeneous population experience.

Since Asians are often lumped together, it becomes difficult for higher education to differentiate its student population or understand its needs. For administrators and admission committees, a pragmatic policy solution to this homogenization is to disaggregate student enrollment figures in order to determine what ethnic and racial groups are enrolled. By harnessing disaggregation practices with equity initiatives, colleges and universities have the opportunity to be more inclusive and multicultural. New York University Associate Professor of Higher Education Robert Teranishi comments, “There are a number of stubborn and persistent stereotypes that guide the treatment of Asian American Pacific Islander students in higher education. Research and disaggregating data play a key role in overcoming these stereotypes in order to raise awareness about the population and their unique needs.”

The MMS was manufactured during the Cold War Era (1945–1991), and was first widely heralded in William Petersen’s “Success, Japanese-American Style” in the New York Times Magazine in 1966. Since the MMS is not solely an academic-accolade trope, it also supports the myth that Asian American psychopathology is stable. Eliza Noh, a professor at California State University at Fullerton, has undertaken research on the Asian American population. She notes that “recent data on the alarming suicide rates among Asian American women are directing increasing public attention to this important mental health issue. The model minority pressure—socially produced pressure internalized by families of some Asian-American children to be high achievers at school and professionally—is a big part of the problem. The stress of living up to the model minority image can lead to depression and suicide.”

More data is needed that can be used to dispel the falsehood that Asian Americans are successful in the United States. Although the origins of the model minority stereotype are somewhat uniquely American, the myth has reared its ugly head elsewhere, such as in China and Korea. Regional, national, and international datasets will allow higher academicians to conduct research that can be used to counter the model minority narrative.

However, according to Shalini Tendulkar ScD, a researcher at the Institute for Community Health at the Cambridge Health Alliance and an Instructor in Medicine at the Harvard Medical School, “Additional data collection is not sufficient. It is imperative that we ultimately use this data to inform programs and policies that can promote the health and well-being of Asian Americans. In order to do this, academics need to be willing to engage Asian American community members in the process of defining the research questions that are being asked and in the data collection and interpretation of findings. When we engage with the community in this manner, this facilitates our ability to collect data that is more valid and the community feels more ownership in this scenario. Ultimately, this will facilitate the translation of data into action.”

Research must consider methodological strategies for combating the model minority stereotype. Interdisciplinary research is necessary, as is the development of newer, more novel paradigms. Guofang Li, lead editor of the path-breaking book Model Minority Myth Revisited: An Interdisciplinary Approach to Demystifying Asian American Educational Experiences and a professor at Michigan State University, observes that, since “the model minority stereotype imposed on Asian Americans is a complex phenomenon multifaceted in nature, it must be studied from diverse methodological approaches and perspectives. Therefore, an interdisciplinary framework is needed to systematically demystify how the causes, consequences, and factors interplay under the chaotic surface of the phenomenon.” The progressive nature in the sociology of the model minority stereotype is further demonstrated in some of the relevant readings listed below.

For instance Top of the Class: How Asian Parents Raise High Achievers—and How You Can Too, rather than providing a counter narrative to the bestseller Battle Hymn of The Tiger Mother, instead reinforces the MMS with parallel narratives. The authors of Top of the Class, Dr. Soo Kim Abboud, a board-certified surgeon and an assistant professor at the University of Pennsylvania, and Jane Kim, an attorney and immigration specialist at the Children’s Hospital of Philadelphia, highlight stories about how Asian Americans parent in culturally-specific ways that lead to academic success and achievement.

A petition initiated by Peter Chin that was circulated on the World Wide Web via Change.org took aim at a new application for Google Play, “Make Me Asian.” According to Chin, despite the program’s racist overtones, Google Play was allowing the app to be downloaded and circulated. “Make Me Asian” allowed users to modify their picture in order to appear more “Asian.”

Most likely the programmer(s) who made the “Make Me Asian” application saw no harm in creating it. This incident reminded me of when ESPN ran on its website the headline “Chink in the Armor” in reference to its coverage of NBA player Jeremy Lin. Such humor is harmful in that it ignores historical facts (as discussed in my last installment). The fact is, Asian Americans continue to be victims of racial insensitivity.

The petition proved successful. Within days, 8,452 people had signed it, resulting in Google removing the “Make Me Asian” app.  Chin made this announcement:

We sent the message that … the Asian-American … communities will not remain silent and passively accept hateful and discriminatory stereotypes that are foisted upon them by others. We WILL speak out, make ourselves heard, and thousands of others will join us in that protest. We will not sit idly by and be characterized, stereotyped, and pigeonholed. We can decide for ourselves what is funny, and what is racist, thank you. We have made the statement that we do not want the public discourse about race and diversity at large to regress, hearkening back to images and stereotypes of yesteryear. We want to move forward in the discussion about race, with less stereotyping, less generalization, and more understanding, more respect. We put corporations on notice as well, that no matter how large or influential they are, they cannot simply ignore the outrage of the public… (email received on January 18, 2013)

This series was written in the hope that it will inform those in higher education that there is much work to be done, dispelling the false belief that Asian Americans are model minorities.

Dr. Hartlep is an Assistant Professor of Educational Foundations and author of the forthcoming books The Model Minority Stereotype: Demystifying Success (2013, Information Age Publishing) and The Model Minority Stereotype Reader: Critical and Challenging Readings For the 21st Century (Cognella Publishing, 2013). He can be followed on Twitter @nhartlep.