Changing Demographics: What Does It Mean Now and in the Future? 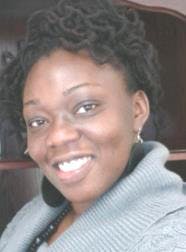 We live in a society where racial demographics serve as a factor in how we fund, operate, and make policies about our higher education institutions. People tend to steer away from acknowledging race as an influential component to education, but it is intertwined in the fabric and has become so much a part of the culture that it is unrecognizable. I could provide extensive examples of this; however, as education professionals we may have encountered these racial differences a time or two or heard stories about them. Over the past few years there have been reports stating that there will be a shift in U.S. racial demographics over the next 40 to 50 years. I have provided some of the statistics below.

From the 2000 to the 2010 Census, the Hispanic population has increased by 15.2 million people, 16.3 percent of the US population; making this group the largest racial minority population. However, over the 10-year span, there was a decrease in the proportion of the non-Hispanic White population from 69 to 64 percent of the total population.

For the first time minorities are now the majority among America’s youth, and that based on the Census Bureau projections, in 2060 the U.S. will become a plurality where the non-Hispanic White population will remain the largest single group but no group is in the majority.

If in fact the projections outlined above will actually occur; thereby causing the nation’s racial minorities to actually become the racial majority. How will this impact higher education? While reading various articles it is predicted that institutions of higher education may ultimately alleviate affirmative action admissions procedures, provide more need-based financial aid packages and programmatic offerings, decrease selectivity in some institutions, or enhance diversity recruitment to address the future changes. All these initiatives may be vital, but what’s to say that the demographic shift will in fact increase the number of racial minorities in college? There are a lot of factors that have to be considered before then. Will there be a change in the K-12 school systems that will respond to the increase in racial minorities? There are many K-12 school districts that service a large portion of racial minority students. Many of these schools are documented each year with having low report cards. If the number of racial minorities increases and they are graduating from these low performing schools, this will inevitably impact the number of underprepared college students.

This shift in the US demographics shows that we have to work now to become a society that has more equality across the educational system. Our current college students who are experiencing inflated tuition, higher loan debts, and the small dent Pell grant makes to college tuition bills will be grandparents or great-grandparents in 2060. Will our nation still be having the same conversations about underperformance, low retention rates, and graduation rates of students of color or will we get it right by then? If we can take time to project a demographic shift and discuss the possibility of changes to admissions criteria, financial aid programs, etc., in the same vein we can begin taking preemptive approaches to transition our failing education programs into producing successful results.

It is vital that we review how to prevent the need for developmental education programs; special grant programs to encourage students of color to enter STEM fields; or special task forces to address diversity issues. This next generation of college students should not live with the same educational dysfunctions and inequalities. In 2043 we should not still be having conversations about “Closing the Achievement Gap” or facilitating conferences and training about increasing college access for students of color. By this time period it should be second nature for students of color to enroll and graduate from STEM programs and the K-12 system should have curriculum to where every high school has 90 to 100 percent of their students in college preparation courses. It is critical that we become a proactive nation when it comes to education. Take all of the data collected by the U.S Department of Education, U.S. Census Bureau, and other agencies and let’s focus our energy on actually solving problems, not placing a Band-aid on them. What’s the purpose of projecting the nation’s demographics, if we do not intend on correcting and eliminating the disparities?

Dr. Stephanie L. Krah is the Director of Retention at the University of Maryland Eastern Shore.