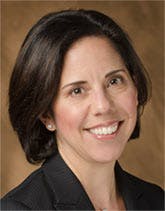 The April 22 U.S. Supreme Court ruling on Schuette v. Coalition to Defend Affirmative Action is the court’s latest ruling to address use of race in college admissions. Unlike previous high-profile cases — namely, Fisher v. University of Texas, Grutter and Gratz v. Bollinger, and Regents of the University of California v. Bakke — the Schuette case centered not on the legality of race-conscious admissions policies but rather on the constitutionality of voter-approved bans of this practice. The court found that Michigan’s 2006 ban is constitutional.

While the Schuette ruling is disappointing, it does affirm the ability of institutions in the vast majority of states to decide for themselves whether race should be a consideration in admissions decisions — and the Department of Education last week sent that point home. It does not, however, protect other states from similar campaigns to ban the practice, as recently explicated by researcher Matt Gaertner. So the clock is ticking.

As the legal and political issues continue to unfold, we have to remember: It doesn’t matter who comes to your campus unless you work to make sure students are in fact benefiting from diverse environments. The public dialogue on cases like Fisher and Schuette often doesn’t address the fact that the mere presence of racial and ethnic minority students in a classroom, laboratory, residence hall or elsewhere on campus does not automatically result in educational benefits.

While initiatives like the Access and Diversity Collaborative are working to guide admissions deans and general counsels on how to achieve mission critical diversity given legal developments, an equally important consideration for colleges and universities is ensuring that diverse students are poised for success in an environment that celebrates their contributions.

While we know for sure that racial and ethnic diversity on a college campus encourages learning in and outside of the classroom (and it comes up up often in amici briefs), there are very specific reasons why diversity is necessary to fulfill the mission of higher education.

Without diversity, you can get stereotyping, tokenism, discrimination, hostile racial climates, and what are known as microaggressions, or day-to-day verbal and non-verbal slights that have the power to further isolate students of color.

In their timely April 2014 feature in Educational Researcher, Liliana M. Garces and Uma M. Jayakumar present what they call “dynamic diversity” or an understanding of the conditions necessary for meaningful interactions among students within a given institutional context. The scholars call on colleges and universities to focus on four areas to ensure that students are learning and benefiting from diverse environments:

· Ensuring a positive “campus racial climate,” hinging on both the presence of students of color and a larger campus community rich with cross-racial interaction and with positive attitudes, behaviors and perceptions of discrimination;

· Attending to historical legacies and institutional signaling, taking into account patterns of access and policies that signal whether students of color are in fact welcome;

· Addressing impediments for productive interaction in formal and informal learning environments so that, for example, racial isolation, stigmas and stereotypes don’t take hold; and

· Attending to the nature of cross-racial interactions, which are highly relevant to student learning and growth only if they are positive and thoughtfully constructed.

There are some great efforts already afoot to address these issues on some campuses. To name a few: the University of Southern California’s Equity Scorecard, the University of Michigan’s National Intergroup Dialogue Institute, the James Irvine Foundation’s Campus Diversity Initiative Evaluation Project, and the University of Denver’s recently developed Culturally Engaging Campus Environments project.

In the end, if higher education is to meet its legacy of preparing individuals for active and positive participation in society, then it’s not just about the legal environment. It’s also about what we’re doing to ensure our students are learning from diversity.

Lorelle Espinosa is assistant vice president of the Center for Policy Research and Strategy at the American Council on Education (ACE). This piece also appears on ACE’s blog, Higher Education Today.