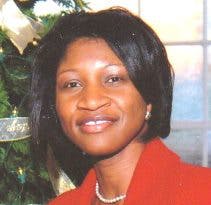 Mainstream public speaking texts more often do not include Jesus as a speaker to be considered by modern day speech students.

Winston Churchill, Martin Luther King Jr. and President Ronald Reagan are a few names you may hear at the beginning of every college public speaking course as examples of effective public speakers. These public figures exhibited the skills to convey clear messages and persuade people to action. As a result, aspiring speakers certainly want to emulate them.

While these are excellent examples, what about including another person who spoke extensively to multitudes of people? He traveled across his geographical region encouraging others to live life to the fullest. This poignant speaker related to the common struggles of his audience members. Who is it? Jesus Christ! Without a doubt, mainstream public speaking texts more often do not include Jesus as a speaker to be considered by modern day speech students. However, I contend that we may have much to learn from him as well as other biblical characters.

Point University, a Christian university established in 1937, is located in four locations in Georgia. Its mission is to build strong Christian leaders in the church as well as in the marketplace and community. At Point University, we have the challenge of merging faith into a college education, which undoubtedly finds its way into our speech courses. Certainly, it is imperative for students to learn that effective speaking skills are the most important attribute employers are seeking in job candidates. As a speech instructor, I am challenged with finding a successful mix of Christian ideals and modern public speech.

Too often, our students are inundated with a society full of speakers who use underhanded tactics, profanity, and lies to get their point across. However, how does Christianity fit into the speech curriculum without turning it into a Sunday school lesson?

Careful examination of biblical characters allows students to discover that speech anxiety was common. Great men such as Moses and Jeremiah were portrayed as strong leaders but second-guessed their ability to speak. The Old Testament prophet Jeremiah protested, “Ah, Lord God! Behold, I cannot speak: for I am a child.” (Jeremiah 1:6 KJV). Jeremiah felt inadequate as a public speaker. By the way, this excuse was shared by Moses, too (see Exodus 4:10). After analyzing these men, students understand that it is perfectly normal to be nervous to speak in front of a group, but it is an attainable goal.

How does a speaker appeal to the audience? It is no coincidence that Jesus spoke in parables. He used agricultural terms they could understand; thus, Jesus spoke the “language” of the people. Speakers must attempt to identify with the audience members. What do they like? What are they experiencing at the time of the speech? Just like our biblical examples, speech students are encouraged to examine the struggles of the audience.

In our society, honest speech is hard to find. Too often speakers stretch the truth for personal gain. Audience members assume the speaker is giving truthful information. Jesus contended with his audience several times that He was telling them the truth. His words could be trusted. In a Christian-based speech curriculum, speakers are strongly urged to give the whole truth according to their research and not to mislead the audience in any way.

Is it important to prepare or just wing it? Well, many New Testament scriptures describe Jesus taking time away from audiences to reflect and prepare for the next day. In addition, other New Testament writers rigorously studied the scriptures they spoke about. Since Jesus was well-versed in the scriptures, he could adequately answer questions from common folk as well as stand up to the challenging questions from Roman government authorities. Well, if Jesus took the time to study and prepare, it must be important for mere humans as well! The Christian faith urges one to be prepared for the task at hand. Haphazard speech planning would only result in failure.

The Christian faith is full of examples of solid public speaking skills that modern day college students can glean from. It is not so far-fetched to include biblical speakers into a speech curriculum. My students have walked away with a greater sense of purpose that public speech is not just about a script and an idea. However, it is the revelation that anyone can be used to convey powerful messages regardless of past or present circumstances.