Test Cheating in Atlanta Tip of an Educational Corruption Iceberg 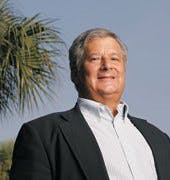 Robert Schaeffer“The more any quantitative social indicator is used for social decision-making, the more subject it will be to corruption pressures and the more apt it will be to distort and corrupt the social processes it is intended to monitor. …When test scores become the goal of the teaching process, they both lose their value as indicators of educational status and distort the educational process in undesirable ways.” — social psychologist Donald Campbell (1976)

The sentencing of nearly a dozen Atlanta educators and administrators for artificially inflating student test scores is the latest example of what is called “Campbell’s Law.”

As Campbell predicted, widespread corruption has been an inevitable consequence of the overuse and misuse of high-stakes testing. Across the country, manipulation of standardized exam scores has been confirmed in 40 states, the District of Columbia and Department of Defense schools in just the past five academic years.

Unfortunately, erasing errors and filling in correct answers is one of many ways to “cheat” on standardized tests. Scandals in Baltimore, Camden, Columbus, El Paso, Philadelphia, Washington, D.C., and many other jurisdictions are the tip of an iceberg. Strategies that boost scores without improving learning, including narrow teaching to the test and pushing out low-scoring students, are spreading rapidly.

The focus on boosting standardized exam scores results in two types of educational damage. The testing fixation takes time away from broader and deeper learning, leaving students unprepared for the challenges of college, careers and civic life. It simultaneously inflates test results by making it seem like real academic growth took place when there may be little or none. These are the kinds of corruption described in Campbell’s law.

Drilling the narrow content likely to appear on politically mandated exams leads to deemphasizing untested subjects and skills. The higher the stakes, the more schools limit instruction. Subjects not covered by exams, such as science, social studies, music, and art are reduced or eliminated. Important skills not measured by standardized tests—such as writing research papers, public speaking or conducting laboratory experiments—are not taught. This narrowing of curriculum is most severe for low-income students, racial minorities, students with disabilities and English language learners. All these groups historically post lower average scores.

Many schools direct teachers to concentrate on children closest to moving from failing to passing—so-called “bubble kids.” This practice neglects students who are far behind and those who are most advanced.

Schools and districts can also limit the pool of tested students to manipulate results. Students can be forced to repeat a grade: those held back generally score higher the second time around. Others can be classified as having severe special needs so they are not tested with their peers. Suspending or expelling low-performing students is another way to artificially boost average scores.

Within classrooms, there are more subtle ways to cheat than erasing wrong test answers and filling in the correct bubble. Teachers or proctors can hint at the right answers as students take tests. They can leave material posted on walls or whiteboards that may help test-takers figure out questions. Teachers may obtain exams in advance and drill students on slightly altered items. Most commonly, they may base class time on the content of previous exams. Such test prep drills are increasingly the focus of instruction in low-scoring schools.

The federal “No Child Left Behind” law as well as related state and local high-stakes testing policies put intense pressure on teachers, principals and other educators. The investigation into the Atlanta cheating scandal found, “The targets set by the district were often unreasonable, especially given their cumulative effect over the years. Additionally, the administration put unreasonable pressure on teachers and principals to achieve targets. … Ultimately, the data and meeting ‘targets’ by whatever means necessary became more important than true academic progress.”

A focus on the most obvious forms of cheating leads to the false notion that tighter test security is the “solution.” However, more investigations and prosecutions will not solve the major problems caused by high-stakes testing. In fact, harsher enforcement damages school climate and increases student alienation, the leading causes of dropping out.

The real solution is to end high-stakes uses of standardized testing. The fixation on boosting exam scores by any means necessary cheats students out of a high-quality education. At the same time, it cheats the public out of accurate information about public school quality.

Robert A. Schaeffer is the Public Education Director of the National Center for Fair & Open Testing (FairTest).