By now it may all be forgotten, but last Wednesday, as the news broke, it was shocking the entire nation, if not every campus in the country.

It was on all newsfeeds.

A stabbing spree at UC Merced?

Even in higher ed, most probably had no idea what UC Merced was or where it placed in the UC chain.

It’s about three hours from Berkeley in traffic, in what I call the red part of the blue state, California. 6,600 students. Tenth and newest campus in the system, it was meant to serve the most underserved in the state, the residents of the Central Valley.

The Valley is the forgotten part of California. Rich in ag, but not during draught. Residents tend to move to the coast (San Francisco, Los Angeles, San Diego): for better weather, more opportunity, a semblance of glamor.

The Central Valley needed a university badly, an oasis of culture and civilization. It was higher ed as societal intervention.

It got a nice boost when first lady Michelle Obama addressed the first graduating class in 2009.

But now UC Merced will have to fight being tagged as that “stabbing spree school.”

It was a small blessing that it was a knife and not a gun.

But the campus police were armed, and a gun ended the drama that left four with stab wounds: two students, one employee and one university contractor. All of them taken to area hospitals, all expected to survive.

The real victim? The then-unidentified suspect with the knife who was shot and killed by the UC Merced police.

Consider, too, that the suspect reportedly was running away from the scene with a backpack. You’d figure a properly trained and fit campus cop would be able to overtake and subdue such a suspect.

But a gun makes for easy justice, making a cop judge, jury, executioner — a one-stop shop.

It wasn’t until nearly 24 hours later that the one thing we all wanted to know — the identity of the suspect — was revealed.

Faisal Mohammad, 18, of the San Francisco suburb of Santa Clara.

Then there was a gap of roughly six hours for another official comment.

No one said a thing. But the Twitterverse was loud. And racist about the speculation that this was a terrorist act.

We live in a world where stereotypes are stronger than ever. And when a man with an Islamic-sounding name is named a suspect you shouldn’t leave the public dangling.

Or release it at the same time, when all the facts are known.

About six hours after the name was released, Chancellor Dorothy Leland finally said the most assuring thing she could to a modern-day America:

“Based on the evidence gathered so far, which include the crime scene and the suspect’s campus dormitory room, we have no reason to believe that this was in any way related to terrorism.”

That’s the clarification everyone wants to hear any time something like this happens.

That the UC Merced chancellor had to say those words is indicative of just how far we are from a postracial America.

Because, these days, we are quick to judge on face value alone.

Black. White. Asian. Latino. South Asian. We all have our stereotypes. You know them well, and instead of taking our time when pressured, too many of us are happy to take the short cut to understanding.

In the case of Faisal Mohammad, we see an Islamic-sounding name. We see a non-White, possibly South Asian face, and out of fear and ignorance, many of us now are more than happy to take the leap.

That made the chancellor’s reassuring second line even more necessary than her first:

“At this point, it would be irresponsible to draw such conclusions solely on the ethnicity of the suspect,” she said. “At this point in time, preliminary evidence suggests that freshman computer science and engineering student Faisal Mohammad of Santa Clara appeared to have been motivated by personal animosities, not a political agenda.”

It was reiterated by the Merced County Sheriff Vern Warnke, who showed some restraint not taking the leap that others did around the nation.

“There was nothing to indicate he was doing this because of Allah, or because he was going to be rewarded with 72 virgins, or because of ties to a terror group,” Warnke said to news media.

But you can bet there will still be talk and more stereotyping in the days to come.

Soon the media will focus on the so-called “manifesto” that was found on Mohammad. And people will try to rebut the notion that this wasn’t an act of terrorism.

That will be sad.

Of course, the Merced Sheriff’s office will investigate the UC Merced cops, and let’s hope it’s a fair one that looks closely at the cops’ actions. Did they really have to shoot a fleeing man with a knife?

Because we already know the real reason this whole thing started. It wasn’t about politics or religion.

Mohammad was kicked out of a study group.

He wanted revenge for a personal microaggression.

In the old days, people used to argue, maybe pout a bit, then shook hands and had a beer. Now people seek extreme violence.

In a small community of 6,600 in an isolated town like Merced, the school should be able to sense things about its students that big campuses can’t.

Where were the resources for a troubled kid to turn to, or to seek help?

Mental health and self-esteem issues are too often ignored. Counseling shouldn’t just be about figuring out how to jam all classes into a reasonable semester load. Especially for freshman. Sometimes people need more hand holding than others. Even computer science majors.

If I were running UC Merced, I would worry why young Faisal, a lonely, homesick freshman, didn’t think there was anyone else to turn to before he turned to violence.

It’s not much different from issues any campus with incoming freshman face. Kids, home away for the first time, aren’t just taking classes, they’re growing up.

Issues of race, class, gender and love have always been in the mix. It’s not just about books and units, and grades.

Are you reaching out and doing enough to help them make the adjustments they need? Were there other South Asians to help him? Diversity programs and clubs are often seen as “B.S.” But here’s where something that gives a sense of belonging helps.

The PR from UC Merced will try to make the school sound like it’s back to normal. One tweet I read declared “We won’t be defined by this!” Yes, but it happened, despite how great and lovely you think your campus is.

What are you going to do about it? 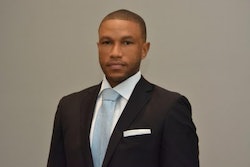 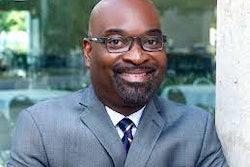