Have you ever heard, “it’s not about what you know… it’s about who you know?” Unfortunately, this idea that your network can have a significant impact on the opportunities you have access to, is true. Nonetheless, just because you have a connection to someone influential, or your affiliations unfairly make you stand out in a pool of just-as-capable applicants, doesn’t mean that you have to work any less harder to succeed in those spaces. However, it would be unfair of me to suggest that my hard work alone has afforded me all the opportunities I have had in my education and career.

I have been very open about my experiences in college and graduate school. From overcoming the feeling of being admitted as an “affirmative action” student as a beneficiary of opportunity programs, to reflecting on my experiences with stereotype threat, I have used these moments of reflection to bring light to the lived experiences of the many others like me — those who constantly second-guess their ability yet seem to persist despite this fear of failure. 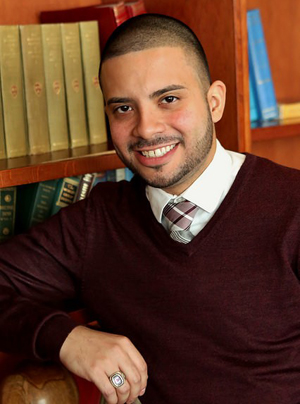 I believe it would be dishonest to deny how my network has helped me thrive. If we are truly striving to become more equitable, we must recognize the privileges we have and think about how they can be shared with others. Here are some pivotal moments I remember where my network helped me tremendously in my academic and professional career:

Although I am an introvert and consider myself to be shy, I learned very quickly how important networking was during my time at Cornell University. Every Fall semester Cornell would hold a Trustee-Council weekend where trustees and very involved alumni returned to campus for meetings and there were plenty of opportunities for current students to meet with them at receptions. My mentor, who would eventually become my immediate supervisor, would personally invite students of color who were very involved on campus, as well as make sure all the multicultural communities on campus were aware of these opportunities to meet Cornell alumni. She modeled how to network, dragged me to meet alumni she knew would be great resources, and followed up with me to make sure I followed up with my conversations. Although I did not necessarily get a job or an internship from these conversations, I grew more comfortable talking to older alumni, and years later these alumni would nominate me for awards on campus. What I noticed from these types of events was how different students like me were in these types of spaces, compared to legacy students or more affluent students. They were not coached; they were already experts. They walked around the room prepared with questions and some had already known exactly who they wanted to talk to and what they wanted to talk about. This is when I began to realize why belonging to a “network” was important and even though networking events were anxiety-inducing, I would go. There were many times where alumni sought me out because they noticed I wasn’t speaking to anyone and would tell me how much they hated these types of events when they were students.

During the first couple of weeks of graduate school, I had already decided that I eventually wanted to apply to doctoral programs in higher education. I did not get involved with research at Cornell, nor did I connect with faculty outside of Latino Studies. However, at PennGSE, professors sought me out for their research projects and frequently encouraged me to consider doctoral programs in the future. Given that I was unsure of what my “end-goal” would be, I was encouraged to get a few years of work experience before applying to graduate school again. With that goal in mind, I was purposeful to apply to institutions in areas that I knew would be temporary for me — like Ithaca, NY. Just months after graduation, I emailed my mentors and sent personal thank you cards for their support while also informing them of my intent to seek employment at Cornell with any work related to my research interests: supporting men of color, sustaining and growing diversity initiatives, leadership development among students of color. Few months later, several of my mentors contacted me about a position that was open and I immediately applied. Given that I had just graduated, I initially thought my phone interview was a courtesy call — but I was chosen as a finalist for the position. Because I was still very connected with current students, I was made aware of a resistance to my consideration. However, I was not going to let that deter me from proving my capability to succeed in this position. Upon arriving for the on-campus interview, I was greeted with “nepotism at its finest”, “he just graduated,” and “we are watching you,” chalked on the sidewalk of what would be my future office building with some students protesting my presence on campus. Although my heart was racing and I felt like I was drenched with the “nervous sweats,” I was upfront with the audience of my interview presentation and asked them if I could invite the students who were challenging my qualifications so that they can ask me questions they may have. I talked about the concerns they may have with me just being a recent graduate. In my opinion, because I was candid about all of this and I had strong working relationships with my mentors and other people in the department that helped me be considered for the position, this incident helped distinguished me as a viable candidate. My colleagues, many who were my mentors, knew that I had the institutional knowledge to start the position ready to serve and support students like me — and I used that to my advantage. However, I definitely had to prove myself the first year to the students who were not pleased and the staff and faculty that did not know me.

The Worst Thing That Can Happen Is That They Say No

As president of Multicultural Greek Life on campus, I was able to meet with the president of the university once on month to update him on Greek Life and campus climate. Given this monthly opportunity to connect with him, during one of our last meetings I asked him if he could write a letter of recommendation for me for graduate school. I already had enough letter writers, but with the ethos of “the worse thing that can happen is that they say no” I decided, why not ask? He enthusiastically said yes, and reassured me that the higher education community would benefit. Whether it is networking with potential employers or interviewing for a position, one of my mentors would always say “luck is when opportunity meets preparation.” She would also tell me that rejection hurts, but it is not the end of the world, and to always ask for feedback to demonstrate my willingness to improve. Knowing that I would eventually want to apply to doctoral programs, I took graduate level courses in sociology related to education to work on a writing sample and demonstrate my ability to succeed in advanced coursework. I approached applying to Ph.D. programs similarly to how I approached finding employment. I maintained my connections with everyone I developed relationships throughout my years of employment, and when I was ready to apply, I candidly asked my mentors at Penn if I was a viable candidate. I was reassured that I was a capable, excellent candidate and that the program was extremely competitive. If I was unable to get admission, it was not because I wasn’t “ready,” but because of timing and to consider applying to other programs if I want to start right away or consider trying again until the time is right.

I share this all to simply say that access and social capital matters. Yes, I question myself a lot. As I see less and less of me, I continue to fear what it will be like as a faculty member in the future. However, the access and social capital I have been able to develop and use over the years have been instrumental to my success, and I feel that it would be wasteful of me not to take advantage of those connections to get myself and others like me to these kinds of spaces. I can’t speak to how “fair” it is, but I can say that my transparency with it is my way of recognizing the privileges I have been afforded and how I aspire to work towards broadening access and opportunity. I am proud of my success, but I know there are thousands of other Andrew’s out there that are just as capable.

Andrew Martinez is a Ph.D. student at the University of Pennsylvania’s Graduate School of Education and research associate at the Penn Center for Minority Serving Institutions. His column appears in Diverse every other week. You can follow him on Twitter @Drewtle 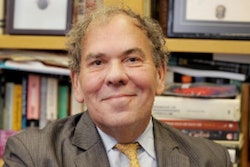