Publish or Perish: How to Rid Yourself of Fear

Recently, my colleague Dr. Raquel Wright-Mair at the University of Northern Colorado virtually invited me to guess lecture in her graduate course regarding my op-eds. It is always an honor to share space with colleagues and students across the nation. A graduate student in her course posed a question that I have been reflecting on for the last several days. The student asked: “Do you have fear when it comes to writing these opinion pieces?” Fear and writing go hand in hand in all that we do in academia.

Since this question was posed to me, I have asked myself several questions. Where does the root of this fear stem from? When does fear show up in the writing process? How do I embraZ˛ce or avoid this fear? With every stage in academia we face new fears, hurdles, and systems to learn. Writing is not void of this. 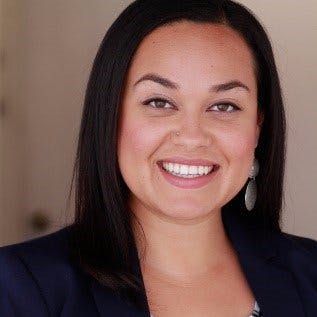 As an assistant professor at a research-intensive institution, I wanted to understand where this fear stemmed from. For me it has been presented in the saying, “Publish or Perish!” After a quick google search of the origins of this saying and academia it can be traced back as early as the 1920s. This makes complete sense as it is ingrained in our souls that to earn tenure we consistently have to publish in top peer-reviewed journals and if this does not happen, we will not be promoted. While odds of this are true, how do we disrupt fear in the face of “Publish or Perish?”

As a Chicana feminist, to live one’s life in dualities, either/or, and dichotomized ways manifests contradictions. I view “Publish or Perish” as posing contradictions for different populations of scholars. As a scholar of color much is at stake to attain tenure and fear can be heightened knowing this. The feeling of fear could have not come at a better time as I am currently reading Fear: Essential Wisdom for Getting Through the Storm by Thich Nhat Hanh. As a Buddhist monk, Thich Nhat Hanh, practices mindfulness and explores how to overcome fear and anxiety by being present.

Fear in academia can manifest in such ways as not meeting benchmarks, getting that next promotion or teaching and research not having a significant impact that our institutions deem as fit. Thich Nhat Hanh reminds us to live in fear prevents us from being happy which compromises our whole potential and well-being. He states: “If we have fear, we can’t be completely happy. If we’re still running after the object of our desire, then we still have fear. Fear goes together with craving. We want to be safe and happy, so we begin to crave a particular person or object or idea that will think will guarantee our well-being.”

In my case, as a woman of color whose research is focused on vulnerable populations in higher education, to have fear in the writing process prevents those stories and voices from being heard. To have fear that prevents us from writing compromises who we are as scholars and what we stand for. To rid myself of fear and be present in my writing I have found the following practices helpful.

Do not police your own writing that is what the peer review is for. You ultimately have to be fearless when it comes to submitting your work to peer-reviewed journals as this is the nature of the game. Most reviews are helpful, take time to digest them. I usually read the reviews, take a week to discuss it with my close colleagues, and address a reviewers comments one day at a time given the amount and extent of the reviews. You can be kind to yourself in this process. I saw on #academictwitter a post by (@AcademicsSay) where they state: “Review unto others as you would have them review unto you.” The next time you review are you reproducing the fear of “Publish or Perish?” Is this really the intention and energy you want to expend in the academic community?

How we write let’s us know if we are lifting while climbing. As a master’s student I learned from a prominent Chicana feminist scholar that to critique an individual’s lifelong scholarship is doing a disservice to not only them, but to you as a knowledge holder and producer. What does this mean? Instead of using deficit language in your academic writing actively use asset-based language. For example, instead of stating “I critique the scholarship” you can state, “I extend or expand the scholarship.” There is knowledge and respect to be paid even in the scholarship that is most damaging to the populations we care about.

Creating social media platforms that share and promote your scholarship is important. Especially for scholars of color. An example of this is the #CiteASista on twitter. Brittany Williams (doctoral candidate) and Dr. Joan Collier established #CiteASista as doctoral students at the University of Georgia in July 2016, which is a “Black Feminist digital project that centers the experience, knowledge and literature of all Black women (cis and trans*) within and beyond the academy through digital programming.” Similarly, I belong to a Latina collective in which we have named ourselves Chingonas. Chicana Feminist poet, Angela Aguirre, defines “chingona” as a “Spanish slang term meaning ‘bad ass woman.’” I think it is time that we follow in our #CiteASista footsteps and #CiteAChingona!

Lastly, finding meaning in words written by others. For me this often happens in poetry. Rid yourself of fear by writing on your own terms as poet Nayyriah Waheed states:

you were a writer

just because you were not writing externally.

does not mean you were not writing

Dr. Nichole Margarita Garcia is an assistant professor of Higher Education at Rutgers University, New Brunswick. You can follow her on Twitter @DrNicholeGarcia