Michelle Alexander’s 2010 book, The New Jim Crow, captured the sobering reality that the United States now locks up more people, per incident, than any other country in the world. According to data released this week by the Prison Policy Initiative, 2.3 million people are behind bars in the U.S., including 61,000 people held in immigrant detention. The group’s new report, “Mass Incarceration: The Whole Pie 2019,” also notes that 540,000 people behind bars have not yet been tried or sentenced.

The disparities in pre-trial detention are best highlighted by the tragic experiences of Kalief Browder and Sandra Bland. Sixteen-year-old Browder was held in the notorious Rikers Island Prison Complex for 33 months without ever being tried for allegedly stealing a backpack. The horrors of Rikers Island coupled with the trauma of solitary confinement led him to take his life two years after his release. Browder’s original bail amount was set at $3,000. In New York City where 43 percent of residents live near the poverty line and only 31 percent of New Yorkers are homeowners, leveraging $3,000 was impossible. For Sandra Bland, the inability to afford a $5,000 bail forced her to remain in a Texas jail. Her death, three days later, has been clouded in controversy since 2015 when Waller County officials claimed she had committed suicide. The imprisonment and subsequent deaths of both Kalief Browder and Sandra Bland highlight the need for comprehensive criminal justice reform that addresses institutional failures rather than just individual circumstances. 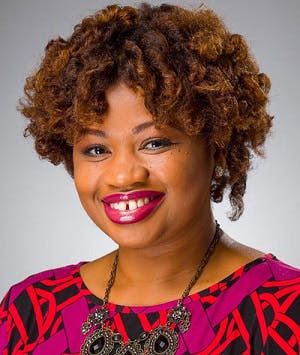 Against the backdrop of our increased awareness of hyperincarceration and its collateral consequences, criminal justice reform has become the new buzz phrase. From longtime activists to the new woke, there’s an increased expediency to dismantle America’s addiction to punishment. A group of billionaires, including Jay Z, Clair Tsai and Robert Smith, have united to launch the Reform Alliance that seeks to reduce the number of people involved with the criminal justice system. The founders credit the uproar surrounding rapper Meek Mill’s imprisonment for technical probation violations as the catalyst for building a collective effort. Meek now serves as co-chair along with business exec Michael Rubin and CNN political commentator Van Jones. In a recent visit to the Quinnipiac University campus, Jones celebrated the 2018 passage of the First Step Act that is designed to reduce mandatory sentences for nonviolent drug offenses. Joining in the event was one of the first Connecticut men to be released under the new guidelines along with other formerly incarcerated men and women who bravely shared their journeys.  Though the heightened attention to reform is laudable, it is not without its skeptics. Jones, for example, was criticized for his address to the Conservative Political Action Committee that said, “The conservative movement in this country, unfortunately from my point of view, is now the leader on this issue of reform.”

As a scholar who has spent the last sixteen years researching the political dynamics surrounding the American criminal justice system, I firmly disagree with Jones’s conclusion; but I understand his motivation for making it. A bipartisan commitment to reform is indeed the only means of achieving the lofty task of reducing inequality. As more and more states realize that being smart on crime is more cost-effective than simply being tough on crime, prison populations have gradually declined while post-release supervision has expanded. This reality challenges us to consider the totality of mass incarceration and the broader system that fuels it.

The U.S. Senate confirmed William P. Barr as Attorney General of the United States just two months after President Trump signed the First Step Act into law. In his first stint as Attorney General in 1992, Barr penned “The Case for More Incarceration” that directly shaped our current rates of punishment. He wrote, “There is no better way to reduce crime than to identify, target and incapacitate those hardened criminals who commit staggering numbers of violent crimes whenever they are on the streets … Too many violent criminals are sentenced to probation with minimal supervision. Too many violent criminals are sentenced to prison but are released early on parole or simply to relieve the pressure of prison crowding. None of us is naive enough to think that these criminals will suddenly become upstanding, law-abiding citizens upon release.”

Of the 2.3 million people behind bars in the U.S., only 221,000 are held in federal facilities. The division of power embedded in the Constitution, federalism, means that the new guidelines of the First Step Act don’t apply to the overwhelming majority of individuals behind bars. Although the U.S. only comprises 5 percent of the world’s total population, we hold over 25 percent of the world’s incarcerated population. That distinction presents tremendous racial, ethnic and class disparities. But the disparities around gender identity are continually overlooked by many well-meaning activists and organizations. Given that African-American women and Latinas now comprises the fastest-growing prison population in this country, we also have to consider how the intersections of race, gender, class and geography shape their experiences behind bars and post-release.

For example, Topeka Sam, director of Dignity for Incarcerated Women for Cut50, has centered the experiences of women behind bars who face the monthly shame associated with their menstrual cycle. In prisons across the U.S. female inmates are required to purchase sanitary products that after being taxed, can often cost as much as $6 per pad. In some state facilities women who soil their uniforms because they can’t afford additional products are punished. These experiences with trauma and shame behind bars are magnified for women once released because they often lack access to programs and resources within the community to address their needs. The myopic focus on men’s experiences with incarceration and post-release prevents us from building comprehensive movements to dismantle this broken system, while effectively repairing those who have been broken by it.

In the coming weeks I’ll be developing a series of blog posts that center on the Dilemmas of Justice. Feel free to reach out and let me know topics you’d like to see covered. Until then, let’s get free. Together.