After the Mueller Report, Higher Ed Must Lead

Now that the Mueller report is out, we can rest assured. Betsy DeVos is just window dressing. The fish really does stink from the top. That DeVos glow is nothing compared to the boss who smells worse than she does.

Trump and his administration really is as chaotic, dysfunctional, and as truth-challenged as we imagined. But Mueller’s report should have a better title.

Even The New York Times spelled it out on page one.

On the cable shows, generally, it was asterisked out, perhaps to give it a kind of censorious spotlight.

The line is, of course, a quote from the profane Donald Trump when he first learned of the appointment of the Special Counsel,  as in, “Oh my God. This is terrible. This is the end of my presidency. I’m fucked.”

The curtains are drawn, the behavior, the guilt is exposed. It is the self-proclaimed gotcha moment form the man of the hour. And it’s all under oath accounts from the aides inside. The Donald? He couldn’t be bothered to testify, other than to submit written and lawyered answers that usually begin, “I have no independent recollection….”

Odd for the man who bragged about his superior memory.

Still, what the aides say is enough to make you print out the whole thing. Don’t read it merely on-line. Don’t just watch the news.

Get the weight of all 448 pages. Photo-copy it. Charge it to your department. A ream is not much to learn about a reaming. The report should be required reading for anyone who wants to understand why and where America is today. 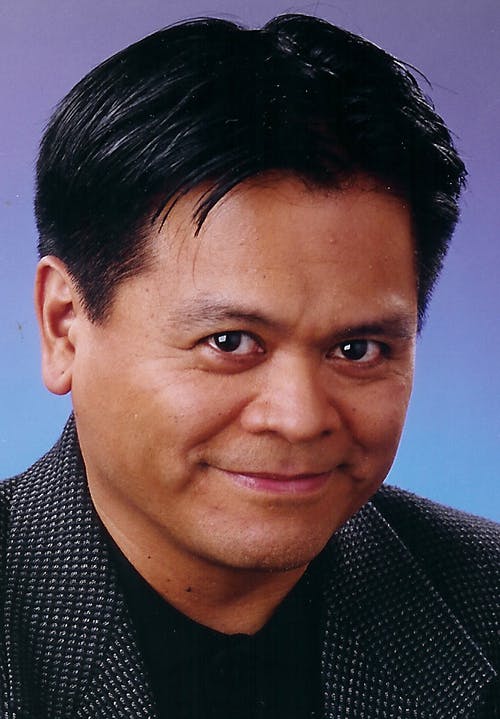 Teach it in ESL courses. Use it as the basis for the citizenship test. You want to be literate in the ways of America? The Mueller report is the portrait of democracy 2019 in that great experiment known as America.

It’s $25 million dollars of tax-payer funded truth. All of it provided under oath after 2,800 subpoenas from a DC grand jury; 500 search-and-seizure warrants; 500 witnesses.

Don’t fall for redactophobia. There aren’t as many in the critical parts. The redacted parts are there to protect the innocent.

Those who should be f***ed are fully named.

Worry instead about how the Trump administration fought to prevent you from seeing it in the first place.

Worry how William Barr, an executive privilege hawk, came out of retirement to be the next attorney general, but in reality is just a Trump henchman.

Barr’s four page letter of a few weeks back regarding the report was not the Cliffs Notes as I characterized it at first. It was pure PR propaganda. But his pre-emptive strike hours before the release of the actual report was even worse.

From Barr’s summation, you’d think there’s no problem, go on with your lives. There’s nothing there. If there’s no collusion, why read the report? Barr would rather you wait a few years and watch the cartoon version.  And then Trump will be out of office.

But that’s why you have to read it now. While the wounds are real.

And that’s why Mueller did what he did.

Barr left out the explanation that Mueller felt hamstrung by existing Justice Department opinion that a sitting president could not be indicted.

But he also says in the report that it doesn’t give immunity to a former president once out of office (and perhaps as early as 2020). It was all the more reason to preserve evidence and get witnesses under oath now, since “protection of the criminal justice system from corrupt acts by any person, including the president—accords with the fundamental principle that no person in this country is so high that he is above the law.”

Now doesn’t that sound like the way democracy is supposed to work?

It all leads to the Mueller report’s bottom line.

If the report did not come up with a crime, it was only because Mueller felt he wasn’t allowed to.

Hence his conclusion: “If we had confidence after a thorough investigation of the fact that the president clearly did not commit obstruction of justice, we would so state. Based on the facts and the applicable legal standards, we are unable to reach that judgment. Accordingly, while this report does not conclude that the president committed a crime, it also does not exonerate him.”

And that’s the truth.

More needs to be done by Congress. And all good citizens.

Start by reading the whole thing.

You’ll want to skip to Vol. II, the obstruction parts. But Vol. 1 is important.

What it shows is that there really is fake news. The Russians are coming? They’re here virtually in social media. They disrupted the 2016 election by commenting on fake progressive sites and dividing the electorate on Twitter and Facebook. They did it then and it can happen again. The alarm has barely been heard. And our country is doing little to protect itself. Sowhile the Russians involved are being pursued, Mueller found no “conspiracy and coordination” to charge any Americans criminally.

There was lots of collusive behavior but no criminal charges.

Which brings us to volume II, obstruction.

This is where the Trump lies are exposed and the real potential criminality exists.

Mueller provides ten scenarios, but you can focus on two. The first is the Comey firing and how Trump tried to get rid of the FBI director for not letting the public know to his satisfaction that the president was not under investigation in the Russia probe. How the president concocted the Comey firing letter with his aides, and how Sarah Sanders lied about is absolutely  Trumpian.

The second one is Trump trying to fire the Special Counsel, ordering White House lawyer Don McGahn to do so. To his credit, McGahn did not. It’s a key takeaway from the report, that time and again, despite the president’s attempt to influence the investigation, he was saved by his aides who declined to carry out the orders.

Is that enough to save Trump?

Did Trump endeavor? Sure seems like it. And a lot of it in plain sight. Look at his tweets. Look at the news. The curtain the Mueller report draws back simply shows you the legal framework in play here. The news about it all heretofore was far from fake.

The report’s details will astonish you.

This presidency, our country, is f***ed.

But we can do something about it. Read the report. Talk about it. Teach it.

Higher Ed has a responsibility to help the public understand the meaning and the connection between their lives and their country.

Emil Guillermo is a journalist and commentator. He teaches Diversity and Journalism at San Francisco State University. He writes for the Asian American Legal Defense and Education Fund. You can follow him on Twitter @emilamok