Many minoritized students participate in graduation ceremonies that are not reflective of their cultural heritage or social experience. Though many institutions provide culturally responsive graduation ceremonies (CRGCs), their legitimacy and relevance have been challenged in recent years.

Harvard students were criticized in 2017 when they announced their inaugural Black Commencement for Black graduate students. Detractors depicted it as an act of segregation. This, in turn, prompted a fact-checking review from Snopes, which rated the claim as mostly false. In 2018 the University of Florida made national news when a marshal physically grabbed and removed several Black students from the stage during its main commencement. These students were turned away after dancing and celebrating in ways that were not considered traditional or standard.

Both events raise important questions about ceremonial diversity in the academy. Namely, to what extent do traditional graduation ceremonies incorporate the unique cultures, symbols, rituals, references and delivery modes of minoritized students and their communities? Whose traditions and standards are viewed as legitimate during university commencement ceremonies? Would being more inclusive of diverse ways of knowing and forms of meaning show greater esteem for minoritized students? And, in a possible attempt to ameliorate some of these issues, to what extent do universities offer CRGCs? 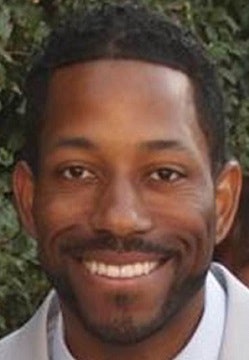 Unfortunately, little is known about the extent of CRGCs, particularly at predominantly White institutions (PWIs). When done effectively, they can help minoritized students feel included and affirmed, and they can be wholly engaging community events. CRGCs may allow students to dance to hip hop, R&B, salsa or merengue; present some or all of the ceremony in Spanish or another language; ask students and attendees to shout the names of their ancestors while an elder pours libation water; include diverse fraternities and sororities; deliver an untraditional keynote speech (e.g., spoken word poem, rap, church-styled sermon); play familiar music (e.g., gospel, rap, the Black national anthem) throughout the event; and formally include parents and extended family. Their existence might also implicate  culturally responsive administrators, faculty, and staff. Together, they often fund, coordinate and facilitate CRGCs.

To get a sense of the extent to which PWIs are providing CRGCs, we selected a random sample of 100 universities and used content-analysis methods between the 2017-18 fall and winter. We were able to unobtrusively study university websites and online supporting documents.

To ensure proportionality, we randomly selected 25 PWIs in each of four geographic regions: the Western, Southern, Midwestern and Northeastern United States. These regions were combinations of those provided by the National Center for Educational Statistics’ IPEDS website. Our sample contains schools from more than 30 states – with enrollments ranging from under 1,000 to more than 50,000 – that serve a variety of communities (e.g., urban, suburban, large cities, midsized cities, small cities). 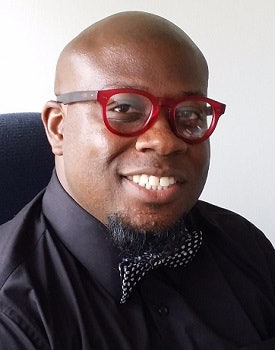 We focused on baccalaureate and graduate degree-granting institutions, and on schools where White students were the majority. We excluded historically Black colleges and universities, tribal colleges and schools with fewer than 100 students of color (e.g., fewer than 100 Black students). We also excluded Hispanic-serving institutions after hypothesizing they would be more apt to provide CRGCs. Online-only institutions were excluded, though a few for-profit institutions made our sample. We rationalized that they may not be any more or less likely to provide CRGCs than not-for-profit universities.

When information was not available online, we supplemented our content analyses with phone calls to student-engagement and affinity-group offices to confirm whether CRGCs were in place on a given campus.

We found 49 of the 100 universities in our sample offered, or were planning to offer, some kind of CRGC. These included lavender ceremonies for LGBTQ students and affinity ceremonies for Black, Latinx, Asian and Native American students. Seven institutions held multicultural graduations that combined commencement ceremonies for various student groups. Three others offered a first-generation graduation ceremony, and one university provided an international student graduation.

Of those universities that held CRGCs, lavender graduations were the most prevalent (37 campuses), followed by Black (27 campuses) and Latinx (23 campuses) ceremonies. Gonzaga University provided four different kinds of CRGCs, the most for all campuses in our sample. They held ceremonies for first-generation, Black, Latinx and LGBTQ students. In addition, 20 schools provided three different CRGCs.

With respect to region, 16 of the CRGC-providing universities were in the West, 14 were in the Midwest, 11 were in the South and eight were in the Northeast. In terms of enrollment size, 29 institutions were classified in IPEDS as large, with roughly 11,000 to 50,000 students. Sixteen institutions were medium-sized, with 3,600 to 11,000 students, and just four small schools provided CRGCs. They had student populations of 1,400-3,400. The University of Florida provided three CRGCs for LGBTQ, Latinx and Black students.

In the final analysis, we should applaud the fact that 49 universities provided CRGCs, yet we must also acknowledge that a large number (51 campuses) did not.

Several unanswered questions and areas deserve further inquiry, as well. For example, we learned that lavender graduations were more widely available than other kinds of ceremonies. Does this underscore greater disparities faced by LGBTQ students? Does it suggest that in some places, some identities are supported more than others? Or, is there a greater prevalence of lavender CRGCs because they are intersectional and, therefore, bring more people together across lines of race, gender and sexuality?

Moreover, small schools did not tend to offer CRGCs. Is this due to having fewer fiscal and human resources to facilitate such events? Or, is having a small population of minoritized students generally prohibitive of CRGCs? If so, is it also prohibitive of other culturally responsive programs, activities and supports?

Representatives from several institutions told us that they held, or were planning to hold, multicultural graduations that would affirm and bring several minoritized groups together. These efforts may be valuable on campuses where individual group populations are small.

Conversely, we are reminded of the work of Ronni Sanlo, who organized perhaps the first lavender commencement ceremony in 1995 at the University of Michigan. Just eight total participants and attendees attended the event. We urge university leaders to be vigilant and steadfast in their support of minoritized students. Supporting, funding and facilitating CRGCs is one possible way to do so.