I’m in Washington, D.C. for the CapitalFringe, where the main draw is the monologist Mike Daisey’s 18-show “A People’s History,” derived from bits of Howard Zinn’s book, plus Daisey’s personal analysis.

I am here performing at the festival, too, July 20-28th. More about my show in a bit. 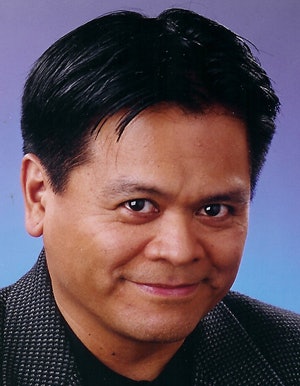 Right now, Daisey is the king of the monologue/solo performance form, and to see Daisey is to experience quite a tour-de-force combination of storytelling and truth-telling.

Daisey also exposes the White-ish nature of the American theater crowd. For the show I was attending, it was perhaps 80 percent White, and older, ages 50-plus. So much for diversity.

But because of that, when Daisey chides the audience for its White orientation, and the role they’ve all played in America’s racist/sexist past, or when he mocks his own white privilege, it’s not as discomforting nor as shocking as it should be.

It’s actually a bit comforting, like liberals entertaining each other with the latest “Trump as Cheeto” jokes. At the show I saw, it was like people coming in for their medicine as they count down to 2020.

Daisey’s a great performer, but it’s a different show from mine – a person of color telling a story about racism and marginalization in America from the highest levels of society.

I talk about my experiences at Harvard and at NPR.

The show is called “Emil Amok: All Pucked Up.”

It’s not about hockey.

These days, people like to talk about the effect of the movie “Crazy Rich Asians” and how we’re seeing more Asians cast in show-biz roles.

But my show isn’t a rom-com.

There’s comedy, sure, but only because the pain has been great.

It’s mostly about the American history in my own life that no one knows about. The real Filipinos in loincloths and spears brought to America in human zoos to sell colonization. My colonized father coming among 30,000 in the 1920s from the Philippines to the U.S., only to find what I call “Filipinophobia,” the irrational fear of Filipinos taking jobs and White women. The anti-intermarriage and self-deportation laws invoked to prevent the “peaceful penetration of another race.”

Was being the son of that colonized immigrant the reason I received a full scholarship to Harvard? Was it ultimately a kind of reparation?

I explore my life in a way you don’t really see too often. Most wouldn’t want to make one vulnerable in public about the truth of your race experiences. For art? To make the race conversation real? Why bother? You lived it and have scars to prove it. Why not just shut up and heal?

Or is that heel?

This is the reason why I’ve been inspired by the likes of Daisey, and before him Spalding Gray.

It’s time for people of color to tell our unique diversity stories. Old and young. We can learn from them all. And everyone else can learn from us about our little-known American history.

I remember asking the admissions officer about whether I was an affirmative-action admit. I didn’t care about any stigma or mismatch. But I didn’t have the best grades or the highest test scores.

The admissions officer told me affirmative action wasn’t an issue. And that I had overcome a lot. My father’s experience defined me.

In my show, his story is my own.