A rumble and shatter of the windowpane jolted me awake. I leapt out of bed confused as to what had just occurred. Lighting and the unambiguous sound of thunder roared. 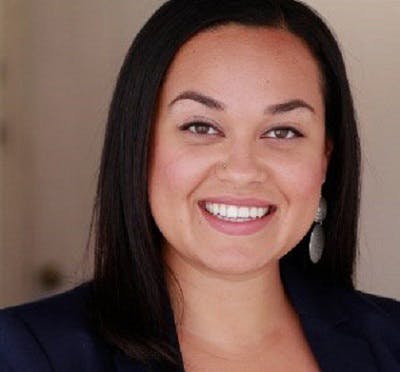 Half-delirious, I rushed to close my windows. I reached for my phone to check the time. 8:30 p.m. Why did I fall asleep so early? I texted my friends: “Are you seeing this monsoon!?” After a few replies later, I was back to bed, ready for the day to be over.

A monsoon is created when air moves in the form of wind from an area of high pressure to low in the summer, often resulting in a downpour of rainfall. Much like a monsoon, sometimes the earth needs to cry to heal from all that occurs between the relationship of the planet and humankind.

In the United States, we are at a dangerous turn. Like a monsoon, the swift change of climate is reflected in our daily lives. The racial climate of this nation is at an all-time high and in the past few months filled with mass shootings, inhumane battles on immigration, suicides, deaths of social justice advocates, protests to resist government corruption and so much more.

It was not a coincidence that I had fallen asleep so early on that day. Five of the eight survivors of the El Paso, Texas mass shooting had declined to meet with 45 (the president). The shooter, a White male in his early 20s, left 22 dead and more than a dozen injured after opening fire at a Walmart in El Paso.

It was reported that the perpetrator had written a manifesto claiming that he was tired of the “Hispanic invasion.” I was emotionally and physically exhausted from all the pain and terror inflicted on the Latinx/a/o community. A community I am a part of and with the remorse of “that could have been me” or “that could have been my mom, brother, dad or cousin.”

Even worse, 45 and his administration consistently perpetuate a racially hostile climate in the nation through language, by erratic social media behavior and presidential addresses. In July, 45 tweeted that four Democratic congresswomen of color “[should] go back and help fix the totally broken and crime infested places from which they came from.” Representatives Omar of Minnesota, Ocasio-Cortez of New York, Tlaib of Michigan and Pressley of Massachusetts have since responded in a powerful redress to address the assaultive speech.

Unfortunately, today, as seen in the past, hate speech is materializing into emotional and physical violence. In 1982, Richard Delgado, legal scholar and critical race theorist, published “Words that Wound: A Tort Action for Racial Insults, Epithets, and Name-Calling.” In this article, Delgado defines a tort action in law as “one who by extreme and outrageous conduct intentionally or recklessly causes severe emotional distress to another is subject to liability for such emotional distress.”

Words that wound, as demonstrated by 45 by stating “broken and crime infested places” and rallies where 45’s supporters shout “send her back, send her back” when referring to Rep. Omar. Words that wound that cause emotional distress on collective communities of color.

In 1993, elaborating on Delgado’s tort action of words that wound, legal scholars and critical race theorists Mari Matsuda, Charles R. Lawrence III and Kimberle Williams Crenshaw co-edited Words that Wound: Critical Race Theory, Assaultive Speech, and the First Amendment. They argue that this scholarship is a direct response to “the urgent needs of students of color and other victims of hate speech who are daily silenced, intimidated, and subjected to severe psychological and physical trauma by racist assailants who employ words and symbols as part of an integrated arsenal of weapons of oppression.” This is extremely significant to the scholarship I am engaged in and the students I teach.

As I prepare to teach higher education and law to future student affairs practitioners this fall, I contemplated how to engage my students in productive and intellectual rigor that will equip them with strategic tools. Understanding the law is half the battle, but being able to defend oneself through persuasive arguments is the other.

I am dedicating half of the course to civil rights law, critical race theory and the legal scholars that have paved the way for many of us. I plan to pose to them questions such as: What words do you use to describe your college experiences or that of the students you work with? How do words carry moments of power or privilege? Have you been the perpetrator or victim of words that wound? Questions I must answer myself, as well.

As many of us grieve the passing of Toni Morrison, American novelist and professor, much of her work detailed how to cope with hostile environments as people of color. What can we take away from her impeccable legacy in the era of 45? Morrison states, “There is no time for despair, no place for self-pity, no need for silence, no room for fear. We speak, we write, we do language. That is how civilizations heal.”

I plan to speak, write and do language with the students I teach to combat words that wound and empower us all to act as catalysts of change on our campus. How do you plan to heal from monsoons of words that wound?

Dr. Nichole Margarita Garcia is an Assistant Professor of Higher Education at Rutgers University, New Brunswick. You can follow her on Twitter @DrNicholeGarcia