People are ignorant of history, even their own. The last time I visited Stanford, I was headed to the archives to look at memoirs written by a Chinese Hawaiian activist who joined the Civil Rights Movement for Black equality, serving as a spokesperson for SNCC in Mississippi — a story to be told once the research is done. Beforehand, I had lunch with a Chinese foreign exchange student who had just graduated. I explained what I was doing, and she was shocked by the notion of someone like her protesting. Then I added that there had been Chinese immigrants who fought in the Civil War between 1861 and 1865.

She was sure I was imagining that. I showed her, however, the National Park Service has published a book documenting the hundreds of Asian men who served in the Armies of the Union and Confederacy. She peered at the pictures. Perhaps, she announced, they were Native Americans (who also were involved in the conflict); she was not convinced they were in fact of Chinese heritage despite even a list of names reproduced from the official roster. Or, she then speculated, they must have been sent by the Chinese government for this purpose. The Chinese had helped the Allies in that manner during World War I, or the Great War as it was then called; she had heard tell of that. 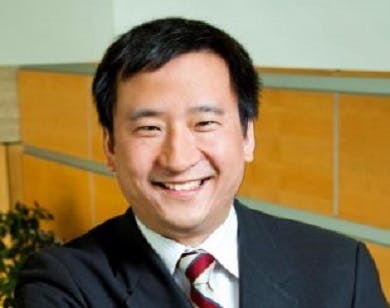 She is not alone. I too was surprised to learn about this aspect of what might be considered my lineage. My Chinese student is about as smart as anyone could be, fluent in not only English and Mandarin but also Korean. I would bet most Americans as well, even those who consider themselves educated, are unaware of how long Asian immigrants have been here.

Yet Asians had been recruited during Reconstruction by plantation owners who sought a substitute for recently freed African-Americans. They, similarly, were brought as strike breakers in Northern factories as White ethnics were forming unions. Yung Wing of China graduated from Yale College in 1854, the first person of his ethnicity to receive a degree from an American school. He married the well-to-do Mary Kellogg, a White woman, and founded a mission to bring Chinese to study as he had.

Since then, Asian Americans have served their nation like others. The segregated Army of World War II included Chinese Americans who were patriotic to their US homeland and also protective of their Chinese ancestral lands under attack by imperial Japan; two units of Japanese Americans, those from the US West Coast having left behind families imprisoned by their own government; and Filipinos, whose land was at that time incorporated into American empire. All of these troops have since been honored by Congressional Gold Medals for their sacrifice, much of it not appreciated at the time. For some of the veterans, their enlistment was the means of becoming American; for others, it was proof against bigoted doubts about their true loyalties.

At the Stanford archive, and filed away similarly in boxes of research institutions elsewhere, can be discovered a record of so much that has been neglected, forgotten, and even willfully denied. Documents detail the struggles of organizations such as the Chinese American Citizens Alliance, which was formed when the young Chinese Americans, birthright citizens, were denied entry to the Native Sons of the Golden West, which sought their exclusion and expulsion; and the Japanese American Citizens League, which likewise emphasized that its members belonged on this side of the Pacific Ocean.

People of color interacted with one another as equals. A recent documentary chronicles Regina Boone’s search for her vanished grandfather. As he was about to die, her father, a famous African-American journalist, requested she take on the task he had not been able to finish. Boone’s father had kept his background secret from his daughter until she was a teen. When he was a child, his own father had been taken away by the federal government the day after the Japanese attack on Pearl Harbor, which led to the United States entering World War II. Tsuruju Miyazaki, born in Japan in 1897, had found his way to rural Virginia, settling there with an African American woman. His granddaughter would uncover an Afro-Asian family story that should be compelling to any audience.

In California, primarily around Fresno and Yuba City, a unique Punjabi-Mexican community thrived for three generations starting in the nineteenth century. The husbands were from northwest India; the wives, Mexico. Anti-miscegenation laws and Alien Land Laws were the norm, relegating the South Asians to an inferior status. The majority was not concerned about unions between members of minority groups, both “brown.” By World War II, probably 400 such families existed, often introduced through a kinship network: for example, a man introducing his brother to his wife’s sister.

Yet these episodes are not merely curious bits of ethnic pride. They confirm that communities reasonable people might doubt the existence of actually played a role in major events of our shared heritage. These interactions among peoples deserve respect and study. They offer a more accurate picture of the past which includes our diversity in our democracy.