How and Where We Exit: Seven Propositions on Black Positionalities in the Pandemics Era

The world has tried to recalibrate after the seismic shift that the COVID-19 pandemic has exacted on key aspects of everyday life, as we once knew it. For certain populations, this shift has been coupled with a cataclysmic jolt. For Black people globally, and specifically for African-Americans in the United States, the battle has been at best—formidable. While the Black gaze focused on the destruction and devastation that COVID-19 was exacting, it was the concomitant spread of a second pandemic, racism, which proved to be just as, if not even more virulent for the Black community.

One thing I know for sure is that we have to be intentional about who we are, who we are to become, and for what we want to be known. In the context of my positionality as a Black academic, I offer these seven propositions for dialogue about key perspectives among my Black counterparts that we might consider as we contemplate our physical return to the Academy.

Proposition 1. Maintain Dominion Over Our Own Narratives. As Black people, we must double-down on telling our own stories about our own culture, identity, mores, motivations, perspectives, philosophies, and theories. In addition, we must demand that the presses and publication outlets that profit from our stories are honoring the “authentic” voices of the scholars who are representing the emergent stories from these respective cultural communities. Outsourcing our narratives to those who fall beyond the Black cultural diasporic veil renders our rich history of struggle and resilience, at best, tepid. To hear it from those who have ‘been through’ or who are ‘going through it’ honors us, as Black people, in critically important ways. I am not suggesting that the Asian man or LatinX woman cannot speak to what it means to feel the weight of oppression; however, it is critical to understand that, to speak on these topics from a perspective that replaces or parallels my voice is unacceptable. 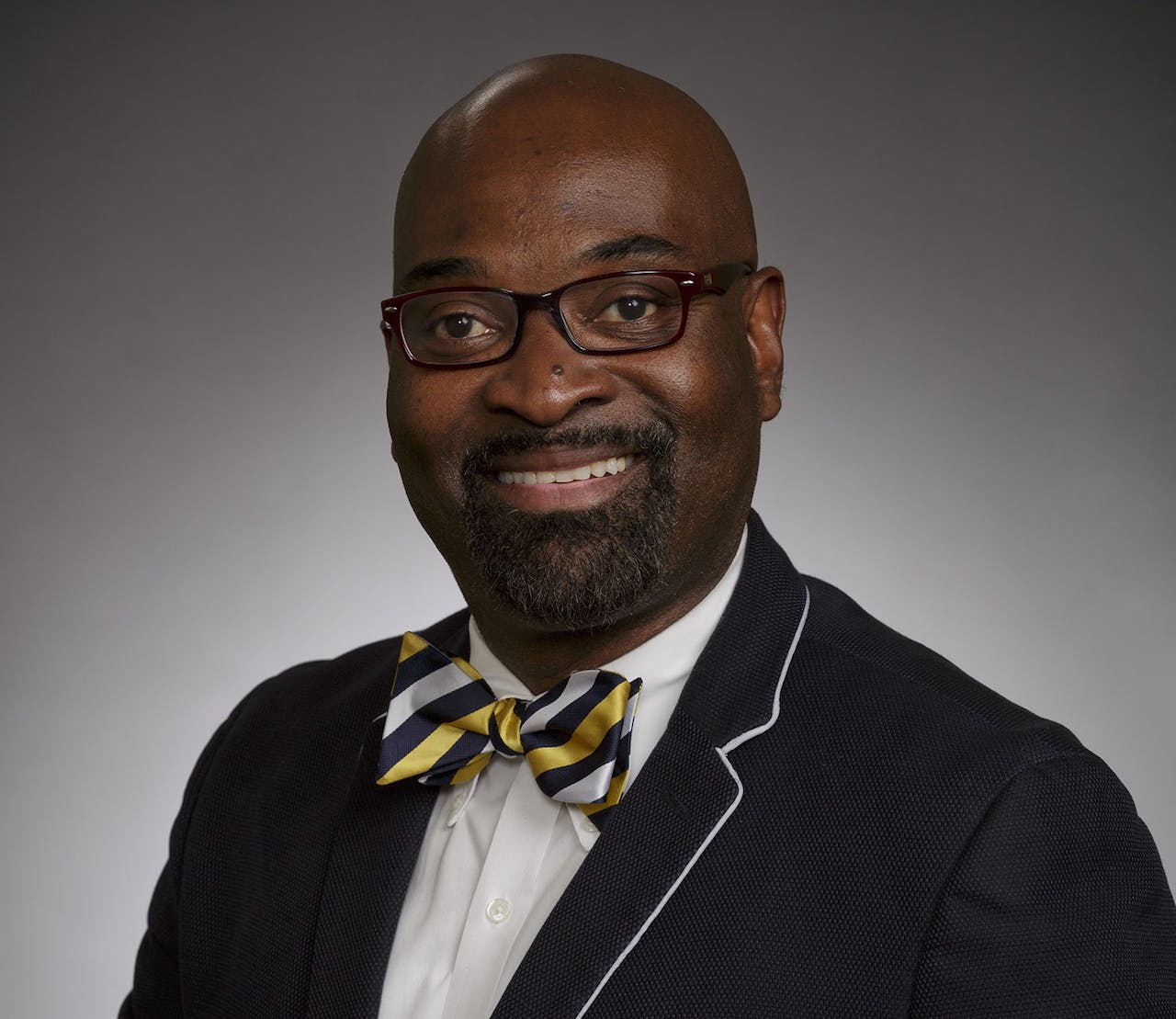 Proposition 2. Reframe Thinking to Cast ‘Black Excellence’ as the Gold Standard. Examples of the genius and ingenuity that exist across and within Black communities are legion. Yet, all too often, these statements do not translate to actions that involve the creation of metrics and templates that are culturally specific to the ways in which Black people operationalize their visions of excellence in the development of tangible products and resources. Colloquially speaking, the phrase, “If it ain’t White, it ain’t right” was sometimes, offered in jest within the Black community—a way of saying that quality was to be equated with Whiteness. The challenge then is to redefine standards across multiple contexts, modes, and positionalities in which Black excellence is the standard.

Proposition 3. Advance and Support Multiple Forms of Activism. We recognize that racism and systemic oppression are present in multiple contexts (e.g. communities, government, schools, and workplaces). Therefore, given this reality, it is essential that we foreground multiple forms of resistance to combat these countervailing forces. While some will take to the streets to transgress marginalization via marching and picketing, others will use a pad and pen or a computer keyboard to join in the resistance movement. Still, others will fight the battle in political and legislative arenas to move key policies forward. All different approaches, all valid and cortically important. Activism gains its gravitas from the power of the collective. All individuals in the collective bring to the table an acumen that is unique and specific to their areas of strength.

Proposition 4. Stamp the Package Fragile, but It Still Must Be Handled. I have been in countless settings where Black and White people, whether in academic spaces or community-based enclaves, have engaged in discourse about issues that required them to use their voices from a positionality of race and racial identity. Invariably—many of these conversations would pivot from dialogue about the issue at hand, especially if it dealt with marginalization, oppression, race, or racism. What ensued was usually this dance around the fragility maypole to insure that no one, particularly White folks, walked away feeling marginalized—I always found this to be oxymoronic (I am speaking about the realities of being marginalized, but you are feeling marginalized because I am speaking about my own marginalization). We should address frailties and fragilities; however, they should never be allowed to upend critical racial discourse.

Proposition 5. Demand ‘Street Credibility’ for Representations of Blackness. This proposition is inextricably linked to Proposition 1 highlighted above. A key reason why we must maintain dominion over our own narratives as Black people is that our stories, when told about us by us, reflect the contours of the spirit that can only be found in the souls of Black folks. Yet, we, too, readily parcel out the most precious elements of Black culture and strivings like used goods for exchange at the local swap meet. The master narrative demands citations and references, ways to validate the authenticity of our claims if we dare to speak about hallowed institutions of higher education like Smith, Wellesley, Harvard, Princeton, and Yale. Not only is this citation and referencing process supposed to illuminate and validate your key assertions, it also purportedly lends credibility to the individual (typically an outsider) who is making these claims. Why do we not demand the same vetting for those who wax philosophical about Dillard, Hampton, Howard, Morehouse, Prairie View, Spelman, and Wiley?

Proposition 6. Divine a Succession Plan for Activism Sustainability. My favorite gospel-recording artist is the dearly departed Daryl Coley. One of his signature albums and songs is titled, When the Music Stops. The lyrics have a profundity that transcend the gospel music context. The key refrain is, ‘When the music stops, that’s when I live my song.’ These lyrics are a true metaphor for how I perceive the ways in which we must function subsequent to the fervor surrounding these dual pandemics—especially the pandemic of racism. When the heat from the hot coals grow lukewarm, how will we sustain our activism? What should activism look like when the issues at hand are lying dormant as opposed to up walking around? Rev. Al Sharpton asked, “What are you going to do when the last camera crew packs up and leaves?” Succession planning is a strategy that we routinely invoke in our professional and work settings. Who will pick up the torch and continue the quest forward when the organic (e.g. attrition, organizational shift, and retirement) happens? The same succession planning must take place to advance the progress that we have made during these tumultuous times that have caused us to look at the impact and meaning of issues like anti-Blackness, disparity, diversity, equity, inclusion, race, and social justice.

Proposition 7. Sidestep Division Within the Diaspora. As an undergraduate, I can remember traveling to no less than one-half dozen venues—from college and university halls, to community college conference rooms, to town hall settings to listen to the mesmerizing messages and prophetic words spoken by Kwame Ture (Stokely Carmichael). I even gathered the nerve to approach him after one of these engagements to utter in my East Texas drawl, “Mr. Ture, your lecture has completely opened my eyes to a new way of thinking about race.” Perhaps the most profound message that captivated my early twentysomething-year-old brain was how he deftly laid out the vastness of the African diaspora. He extolled how necessary it was for Black people to think as (pan) Africans. To see our existence as African Americans was too small given the vibrancy of Black lives that mattered in context across the globe. Thus, in a contemporary vein, lines of demarcation that are drawn between us as Black (African, African American, Afro-Asian, Afro-Caribbean, Afro-European, Afro-Latin) people must be erased. We must view our plight as a collective.

The impact of these two devastating and parallel pandemics (COVID-19 and RACISM) has caused me to reflect on what life means for me personally and professionally as a college professor and postsecondary Center director who studies culture, equity, inclusion, race, and social justice. Anna Julia Cooper advanced the statement, “when and where I enter” in her book A Voice from the South that was written in the 1800s. She passionately articulated how the destiny of the Black race tethered to the plight and progression of Black women. Just as Cooper spoke to how Black people entered into the discursive space regarding their ontology, I think this same energy and sense of focus is critical as Black people grapple with, and eventually emerge from the internecine battles we are waging against these dual pandemics.

Dr. Fred A. Bonner II is professor and Endowed Chair in Educational Leadership and Counseling at Prairie View A&M University and is the executive director of the Minority Achievement, Creativity, and High Ability Center.