I Have Two Last Names – Here is Why They Both Matter

“I have two last names,” is the very first thing I say, since I moved to the States, every time someone asks for my surname. I grew up in Puerto Rico, an unincorporated territory of the United States located in the Caribbean, with a unique mix of cultural antecedents and the use of two surnames as the tradition dictates. Thus, my “two last names” were one of the most common things in the world, until I got to graduate school. 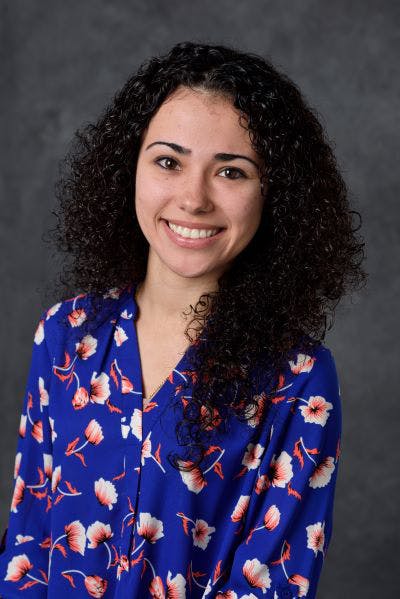 Within the Hispanic tradition, the woman does not change her surnames when she gets married. Instead, the combination of our parents’ first surnames represents the unity of two families and the formation of a new one. Hence, both surnames carry great value for many Hispanics.  In Puerto Rico, if for any reason we do not write our second surname, we usually get called out by someone asking, “Don’t you have a mother?”.

Growing up having two surnames was so common that nobody used to hyphenate their surnames. However, when I moved to the States for graduate school, I quickly learned that I needed to hyphenate my surnames if I wanted to have a chance of keeping both of them, because without it, my first one used to disappear from important documents. I was often called “Ms. Montero”. Even with the hyphenation, I still am.

I understand the confusion. However, writing or pronouncing someone’s name correctly and understanding its cultural background should be part of building a more inclusive environment.

“You should consider using just one last name,” I have been told. In fact, many Hispanics living in the States, tend to give up on using both of their surnames to avoid the “headache” of being miscalled by others or having to deal with requesting a correction of name on official documents. I do not blame them. It is frustrating.

During my first two years in graduate school, a variety of situations made me question, multiple times, if I really wanted to insist on using both of my surnames. Comments such as “your name is too long” became normal but uncomfortable and started making me feel guilty of having to make people deal with my whole name. I later understood from talking to peers that the uncomfortable comments and misuse of my surnames were a form of microaggression, perhaps unconscious, and that I was not the only Hispanic experiencing it.

Names are important. We use them to identify ourselves and they become part of our identity. Thus, as important as it is to pronounce names correctly, it is equally important to write and use them correctly.  Calling someone by his/her right surname can generate a sense of belonging. On the other hand, its misuse could have the contrary effect where we feel less welcomed.

As a Latina in higher education and in engineering, a predominantly White-male dominated field, I realized that my two surnames were more than just that. My surnames give a sense of my identity, history, and cultural roots. Personally, seeing “long Hispanic names” on journal papers were my inspiration and reaffirmation that if they were able to be published authors, I could be one too. I started to think of “long Hispanic names” as a form of representation of people that may look like me, that may have Spanish as their first language, and that may have my same culture. I also started seeing it as a symbol of diversity within my field of study.

As we work towards increasing the numbers of underrepresented individuals in higher education, lets also work on understanding each other’s cultures. At the end, true diversity can only be achieved when we all understand each other’s cultures and respect them. In the case of Hispanics, let us encourage them to use both of their surnames instead of making them feel like they should give them up in order to fit into the system.

Sometimes, simple acts such as paying attention to hyphenated names will go a long way. Here is a simple trick. To be safe, refer to that person by their whole surname, Dávila-Montero in my case. Within Hispanic communities, it is also common to just refer to a person by their first surname, Dávila in my case. Most importantly, if you still feel unsure about how to refer to a person that has two surnames, just ask them.

I hope that my long-hyphenated name could motivate others and get to mean what others’ long-hyphenated Hispanic sounding names have meant to me: a form of representation of the Hispanic culture in higher education.

Sylmarie Dávila-Montero is a Ph.D. candidate in the Electrical and Computer Engineering doctoral program at Michigan State University. She is also an active participant in initiatives that promotes the participation of minorities, especially women, in STEM fields. You can follow her on Twitter @Eiramlysal