The challenge of diversity, equity, and inclusion in emerging tech sectors in cities across the country is multifaceted. This is especially the case when comes to creating avenues to make employment and entrepreneurship opportunities accessible and attainable for underrepresented populations.

There is a need for new “tech dreams” to inspire people to be motivated to take advantage of some of the structures of opportunity that are being constructed by higher education institutions, corporations, school systems, and other entities. Structures without the requisite level of student motivation can lead to hollow victories and superficial progress when it comes to expanding economic inclusion and opportunity.

The early 1990s movie Hoop Dreams depicted the stories of two young men from Chicago, Arthur Agee and William Gates, and their pursuit of making it to the upper echelons of basketball achievement. Their story is a microcosm of the kind of sports dreams that millions of young people have and aspire to fulfill. 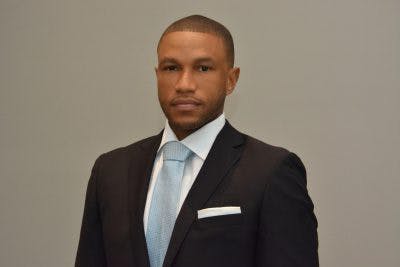 Both young men had a figure that embodied the role that they wanted to fulfill in Isiah Thomas. Thomas was the embodiment of their respective Hoop dreams. They both played the guard position like Thomas and began their high school careers making the three-hour roundtrip commute from the west side of Chicago to the private St. Joseph’s High School in Westchester, Illinois. Examples like Thomas in basketball, who was an NBA All Star and World Champion with the Detroit Pistons, can be identified, introduced, and promoted in other fields like technology as well.

Thomas was visible proof that their dream could be actualized by someone who came from the same neighborhood and circumstances that they came from. Some of the elements that are used to produce sports dreams can be utilized to generate “tech dreams”. There are tech professionals who are operating at a high level in their field who can be symbols for individuals who aspire to have careers in technology. Students can be inspired to generate their own tech dreams like Agee and Gates had hoop dreams. For that to happen, opportunities need to be made plain and repeatedly presented to populations that have historically received limited access and exposure to tech sector career pathways.

It is hard to aspire to be a part of something that you are unfamiliar with. It is hard to begin with the end in mind when you don’t know what the end looks like. The details and day-to-day reality of what tech professionals do is vague for many. It needs to be made plain so individuals can have a clear vision of what they are aiming for. People need to be made aware of opportunities and provided the tools and guidance to seize them.

Too often entities and institutions just do bare minimum to publicize opportunities in tech careers to the broader population. There is not enough publicity around what is needed to fulfill these types of positions and how one can go about obtaining a role after they have qualified themselves. A key question and challenge is how to ensure that a larger segment of diverse communities is taking advantage of opportunities in the tech sector.

One area of proven success in terms of marketing careers and professionals to diverse populations is that of athletes and entertainers. The genesis of the motivation for individuals to aspire to fulfill these roles is the mass marketing of them on different media platforms.

The contracts, lifestyles, and daily movements of athletes and entertainers are chronicled vociferously by many major media outlets. This kind of promotion is also necessary for people to eventually be motivated to pursue other career fields in large numbers. Strategic marketing techniques can be directed to populations of people who need to be inundated with alternatives and empowered by options that can lead to a better way of life. Marketing has proven to be effective and should be incorporated to provide consistent exposure to emerging opportunities in the tech sector.

Exposure to opportunities can be further disseminated by incorporating voter registration and “get out the vote” type strategies for increased tech career awareness. Voter registration and turnout efforts are often proactive, targeted, and intentional. Organizers frequently don’t just say that “the election will be on a certain day, now register and vote.”  They make aggressive efforts to bring voter registration forms to where people live and gather for an extended period. Mobilization efforts like “Souls to the Polls” and transportation options are provided to get people to be eligible and take the necessary steps to vote.

Candidates put signs and advertisements across various communities to bring awareness of their platform and to encourage people to vote. The same kind of direct and intentional targeting can be employed to get students to buy into and take the necessary steps to take advantage of emerging tech opportunities.

Ultimately, exposure to different career fields only works if students are equipped with the competencies to be able to fulfill the roles. There is a need to key in on math because to successfully obtain a degree in most tech majors, math is the key to opening a gate that has locked far too many students out. Too many students don’t even have the option of majoring in one of the emerging tech fields because they don’t have the math competency to complete the coursework.

Supremely talented math teachers are the key to producing competent math students who will be able to pass the requisite coursework to complete degrees in tech fields. There is a need to identify the best math teaching talent and incentivize them to come to and/or stay in the education profession. This will likely require doubling or tripling the average pay of a classroom teacher to have salaries that are competitive enough to recruit top tier talent.

An intensive focus on strategies to support students who may be behind in math competency when they reach post-secondary education institutions is also needed. Most people don’t necessarily have an advanced innate ability to do math; they just have to recognize the importance of it and be motivated to do it.

In an era of significant student disengagement with the explosion of virtual learning platforms during the COVID-19 pandemic, it is also a worthy endeavor to take a deeper look at areas where engagement is high. One such area is Amateur Athletic Union (AAU) and travel basketball teams.

AAU and travel basketball has been a vehicle for many young people to travel to different parts of the country, connect with other student-athletes from diverse socioeconomic backgrounds, and test their skills against their local area and the nation’s best players. Similar structures should be put in place for aspiring tech students and professionals. The space to be able to compete and put one’s skills up against the best in their community, state, and nation would be incredible in terms of being able to raise interest and receive recognition for one’s efforts.

The same kind of hype, passion, and enthusiasm that AAU basketball produces can be generated if parallel systems for tech were put in place. A parallel system would include making the competition public, sponsoring travel, and creating an environment similar to big time AAU events with college recruiters present and scholarships on the line. The creation of multiple summer tournaments and high-profile events may help to shift some of the tremendous athletic momentum that is prevalent in many communities into tech. This type of momentum can generate tech dreams in people and produce the drive to go after them.

After the dream is ignited in people, efforts must continue to integrate historically underrepresented communities into the new economy. It is one task to construct career pathways in the tech sector; it is another to inspire and motivate people to take the necessary steps to take advantage of these pathways. Each of these formidable tasks will require dedicated and intentional efforts. Completing one without the other will not bring the transformative impact that is needed for genuine inclusion and an equity of opportunity. Tech dreams can be used to accelerate people’s ability and drive to plug into the opportunities, pathways, and programs that are being created by educational institutions and other entities. 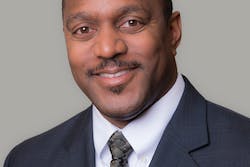