Who is Latinx and What Does It Mean?

This summer saw the release of In the Heights, a film celebrated for highlighting Latinx culture and critiqued for excluding Afro-Latinos. A recent poll from Gallup also found that only 4% of those identifying as Latina/Latino/Hispanic prefer the term Latinx.  23% prefer Hispanic, 15% Latina or Latino, and 57% have no preference.

Debates over who is Latinx and what that means always hit close to home in higher education. Among college students nationally, about 36% identify as Latinx or Hispanic; and 61% of these are the first to attend college in their families. In sharp contrast, under 5% of tenured faculty are Latinx or Hispanic. If you want to support these students, faculty, or staff, it pays to understand some fundamental distinctions. 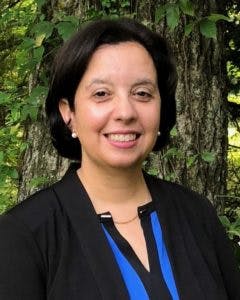 Latinx/Hispanic communities reached 60.6 million in 2019, or just over 18% of the U.S. population. According to the official definition, this includes “any person of Cuban, Mexican, Puerto Rican, South or Central American, or other Spanish culture or origin, regardless of race.” But that’s just the beginning.

Latinx refers to a person with origins in Latin America. The recent term was intended to be gender-inclusive, replacing the Spanish words Latino or Latina. Latinx is used only in English and mostly by non-Latinx people. According to the Pew Research Center, only 23% of those identifying as Latina, Latino, or Hispanic have heard of the term and only 3% actually use it to describe themselves.

This geographic term became popular in the 1990s, referring to anyone with origins in Latin America regardless of language or defining characteristic. In Spanish, Latina/Latino can be broader, referring to anyone who resides in the United States with origins in a Spanish-speaking country or Latin America. Regardless of the term used, about 50% of Latinx/Hispanic people prefer using their country of origin rather than a pan-ethnic term.

Hispanic is about language. It refers to those descended from a Spanish-speaking country. Some people object to the term, introduced by the U.S. Census in 1980, because it excludes non-Spanish speakers, especially indigenous people, Brazilians, and the non-Spanish-speaking Caribbean, thus perpetuating the legacies of Spanish colonialism.

Comprising 25% of the Latinx population in the United States, mostly from the Caribbean, Afro-Latinos have a deep sense of identity rooted in African ancestry. They are doubly discriminated against for their race and ethnicity.

Is Latinx a race?

Latinx refers to ethnicity, or shared culture, not race. In the United States, 65% of Latinx/Hispanic people identify as white; 27% as “some other race”; 2% as Black; and 1% as indigenous. On census forms, “Hispanic” is separated from race, confusing those who don’t fit into the U.S. White-Black binary. Despite their mestizaje, or mixed-race backgrounds, many Latinx/Hispanic people still check off White absent a “brown” category. Like Middle Easterners, required by the U.S. census to classify as White, this can be isolating.

Latinx/Hispanic people in the United States are routinely marginalized based on their names, accents, pedigrees, and skin color. They experience systemic exclusion, bias, and discrimination, carrying these burdens throughout their lives regardless of assimilation. The darker a person’s skin and the poorer they are, the greater the injustices.

In full disclosure, my parents are from southern Spain, just across from northern Africa, and I grew up in New Orleans mostly with a community of Cubans and some Spanish exiles. My parents learned enough English to get by and had little formal education, but they were self-taught and entrepreneurial. I learned English at the age of six, was naturalized at 17, and am proudly bilingual. Like so many first-generation Americans, my lived identity doesn’t fit neatly into standard demographic boxes.

Even as a college dean, I’ve been told outrageous things, from questioning my origins and motives to telling me that I’ve come a long way since being on the back of a pickup truck. If we want to support the rich diversity of communities living and working in America, we’ll have to educate ourselves first about the basics and then listen to each other’s stories and experiences.

Dr. Sonia Cardenas is the dean of the faculty and vice president for academic affairs and professor of political science at Trinity College.