Dr. W.E.B. DuBois in The Souls of Black Folk described the Negro as being “born with a veil and gifted with a second-sight in this American world, — a world which yields him no true self-consciousness but only lets him see himself through the revelation of the other world. It is a peculiar sensation, this double-consciousness, this sense of always looking at oneself through the eyes of others, of measuring one’s soul by the tape of a world that looks on in amused contempt and pity.”

The other world that DuBois describes is what this piece will refer to as “the gaze.” It is an expansion of the concept of the “White gaze” that the poet Toni Morrison popularized, but the gaze in this context applies to individuals regardless of their race, religion, gender, ethnicity, or sexual orientation. The gaze is the external evaluation or judgement that people feel from others and the broader society at large. The fear of being judged is something that everyone must contend with to a certain extent. It is applicable across multiple sectors and populations. 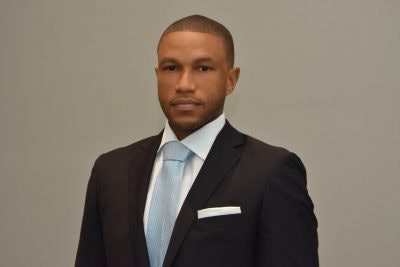 The way in which one addresses this fear can play a large role in the routes that they decide to pursue and the manner that they go about doing it. An overemphasis on perceived judgement from the gaze can cause a severe misalignment between one’s purpose and career path. The concept of “people pleasing” ties in here. Psychology Today describes people pleasers as those who “decide that everyone else’s needs are more pressing than their own. They put themselves on the back burner in their own lives, and then end up feeling resentful, dissatisfied, and depressed.”  The root of it is that they live in fear of being disliked and this can become a psychological prison of limiting beliefs that prevent them from living their best life.

The tipping point can be when the fear of being perceived by the gaze in a certain way causes one to retreat from going all out in the pursuit of their aims. This fear-based mindset leads to a limiting decision-making process when it comes to people believing that they can attain certain goals. The practical implications of this are that it can cause higher education institutions, corporations, and other organizations to experience high levels of employee turnover, alienation, low workplace morale, and an overall prevalence of underachievement.

It can start at young ages when children abandon their dreams and desired career paths because it may not be deemed as valuable by others. This starts a pattern of people judging themselves based on the value assessment of the external gaze. If awareness of this pattern is not highlighted, then one can get caught up in a perpetual cycle of discontent chasing a constantly moving measuring stick of approval and validation from the gaze.

A key internal question for people to ask themselves is are they doing what they are doing because they really want to or are they doing it solely to get approval from the gaze? There can be a continual search for validation and proving oneself as “worthy” in the eyes of who one sees as a “validator.” These validators have been given power over some portion of the person’s sense of their own worthiness. There are no doubt members of the gaze who will matter more than others to an individual like one’s significant other, children, and parents, but even the views of those loved ones can be detrimental if they exceed the power of one’s own definition of themselves.

When one relinquishes the power of their own definition to others then they are subject to the whims of external marginalization and limitations that they have made agreement with by virtue of the abdication of their own power to define themselves. A sizable part of the potency of the gaze involves how much power one gives over to certain people outside of themselves to define who they are. A potential negative consequence of this is living a fear-based life to appease others where students waste money, time, and resources going into fields that they had no desire to go into. The pursuit of trying to prove oneself worthy of validation from the gaze can cause significant deviations from one’s true passion and purpose.

Increasing awareness of the gaze on the front end of career path decisions can lay the foundation for significant levels of achievement and satisfaction in the long run. Providing people with tools and strategies to help them bring into alignment how they act both inside and outside of the gaze is key to freeing individuals from the fear of external condemnation or disapproval. There is a need to embed curriculum and processes within educational systems that will support the inner development of people to fortify themselves against the growing influence of negative side effects of the gaze. This will help to build up a refusal of people to be bounded by the limitations that others or the broader society try to thrust on them.

Everyone desires external appreciation and recognition for their efforts on some level. It can help to motivate heightened levels of individual and collective achievement. It can be a positive compliment to a solid internal foundation of self-worth, self-valuation, and self-esteem.

A key is sustaining one’s belief in one’s ability to succeed in a certain course regardless of what members of the external gaze prescribe to their ability or potential. This requires the cultivation of a high level of resistance against the potential “people pleasing” pattern of suppressing of one’s true self and conforming to the confines of external limitations. The challenge is to not be controlled by the gaze and to develop an inner peace that cannot be altered by external factors.

Our society is set up to try to categorize people and put them in boxes. There is a constant external evaluation and validation process. The gaze will declare you as a winner or a loser if you allow it to. You have the power to elect yourself as the President of your own environment. You have the power of agency and self-governance unless you decide to give it away. The choice is yours.