There is no doubt that the development of ways to disrupt the school-to-prison pipeline has been a priority in discussions and initiatives at multiple levels of the criminal justice and educational systems. There have been advancements like the growth of diversion programs that give youth a second chance, mentorship initiatives, and some relaxation of certain draconian drug laws.

For the persistent patterns that have led to what has been framed as the “school-to-prison pipeline” to be abated; very strong alternatives must continue to be developed, fortified, and supported. One strong alternative pipeline is in the area of computer science. It has great potential to redirect youth into an area of great economic viability and the potential for impactful social innovation. 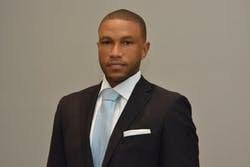 One strategy is to build upon existing assessments that measure computational thinking and identify students as early as middle school who have advanced abilities in these areas. According to research from the International Journal of Child-Computer Interaction “there are large differences in computational ability among middle school students even before they start to learn coding.”

The article posited that “computational thinking (CT) is arising as a set of problem-solving skills that must be acquired by the new generations of students to fully understand and participate in our computer-based world.” Students who have been identified by these assessments with high levels of computational talent can be put on an accelerated pathway that includes a dedicated coding curriculum, robotics competitions, industry specific instruction, tech-sector mentorship, and other developmental activities.

Many communities have done a great job of identifying those with athletic talent at an early age and creating many camps, activities, and infrastructures that produce environments for their ability to flourish. Players are often pushed to the edge of their ability by members of the community, parents, coaches, peers, and teammates. The standard excellence that is produced by the cumulative expectations from these groups has generated generations of exceptional athletes and teams in the face of significant economic odds in many cases.

Stereotypes also play a role in what route students pursue and the level of energy, effort, and identity that they invest in their pursuit. The term stereotype, which the Merriam-Webster Dictionary defines as “something conforming to a fixed or general pattern especially: a standardized mental picture that is held in common by members of a group and that represents an oversimplified opinion, prejudiced attitude, or uncritical judgment”, often carries a negative connotation with it. A stereotype can take on a different level of impact when it is believed and internalized by the person that it is projected on.

I contend that there are circumstances where stereotypes can cause people to raise their level of performance in a certain area because of their desire to fulfill it. For example, if one is expected to be an athlete or participate in a certain sport or sports based on societal stereotypes, then this could result in a range of consequences depending on the influences that one is exposed to. Research from Denis Dumas and Kevin Dunbar on what they describe as “The Creative Stereotype Effect” found that stereotypes related to creativity can both enhance and diminish individuals’ performance” and that “stereotypes can also produce better performance if the individual believes their group should or will perform well on a given task.”

The athletic stereotype is put on many people, and it may help them to perform at a higher level because they rise to meet that expectation and there can be an extra sense of confidence as if they are doing something that they were designed to do. There can be an enhanced level of fluidity in how they perform. A confidence that emerges from the subconscious and supports athletic achievement at a high level.

Similar methods can be employed to build new pipelines to computer science and other tech sector careers. The level of individual and community beliefs about certain narratives is a key component to how related patterns of behavior can become institutionalized. Both communities and the media can choose whatever it wants to make important. They can choose whoever they deem as being valuable and give them an elevated status.

Through highlighting and uplifting those who have excelled in tech sector careers, communities can develop and nurture the required confidence, knowledge, and skills to excel in tech pipelines. Athletes from a particular area who make it into the professional ranks often become symbols for many others who hope to follow in their footsteps.

An example of a superstar in the tech field that should be a household name for people is Randy Raymond. Raymond should be highlighted not just because he excelled at Suncoast High School in West Palm Beach, FL, graduated from Harvard University with a degree in computer science, or is a software engineer. Those accomplishments are among the things that make him successful, but what makes him especially significant is that he has led the charge to establish a new cohort of the Google Computer Science Summer Institute in Florida. Raymond attended the institute after his senior year in high school and it was a transformative experience for him that helped to shape his future career path.

His desire and efforts towards blazing new pathways for students coming behind him to have access to the same kind of opportunities that he had should be celebrated. The cultivation and fortification of supported pathways into tech fields like computer science and the mass marketing of examples of excellence like Raymond are both key to building new pipelines to prosperity that can serve as powerful alternatives to the destructive school-to-prison pipeline. We need an acceleration of intentional efforts to utilize the power of positive stereotypes, produce more pipelines into tech fields, and heavily promote role models in these areas.

Dr. Marcus Bright is a scholar and social impact strategist.