As the name denotes, the annual Arthur Ashe edition is part of the magazine’s quarter-century legacy of recognizing young, outstanding minority men and women who have distinguished themselves in their academic and athletic pursuits.

In addition to their athletic ability, students named 2022 Arthur Ashe Jr. Sports Scholars must maintain a cumulative grade-point average of at least 3.5, be at least a sophomore academically and be active on their campuses or in their communities.

Of the nearly 1,000 scholar athletes nominated, Diverse: Issues In Higher Education has named Dean and Jaques its 2022 Arthur Ashe Jr. Male and Female Sports Scholar of the Year for best exemplifying the standards of scholarship, athleticism, and humanitarianism.

Dean, a senior mechanical engineering major and standout tackler with 71 total stops and 13 quarterback pressures, led Georgia’s football team to the 2021 National Championship and was named one of four permanent team captains, as voted by teammates. He is a recipient of the team’s Scholar-Athlete Award (given to the student-athlete from each team who had the highest GPA at the conclusion of the last academic year) and the Academic Achievement Award (given to student-athletes who have exhibited intense focus and/or displayed a marked improvement in the classroom over the past academic year). Off the field he has been involved with numerous community service projects and was instrumental in the development of "Dawgs for Pups," the Georgia football program's multi-faceted effort to directly affect the lives of local youth in the Athens/Clarke County area.

Jaques, a senior civil engineering major at Ohio State University, leads the Buckeyes and defensive players nationally in women’s ice hockey, scoring 39 points on 15 goals and 24 assists this season. She ranks second in the country with 1.77 points per game and leads the nation in power play goals with nine on the year. Off the ice Jaques is a research assistant in her major, maintains an engineering internship, mentors, and is involved with numerous community service initiatives. She currently serves as the co-vice president for the registered student-athlete organization “SHEROS,” which focuses on women within the BIPOC Buckeye student-athlete community. As a member of the executive board, she works to create a brave space for other women of color within Buckeye athletics.

Both athletes balance community service and the rigors of top-tier NCAA intercollegiate play with academic achievement at the highest level — they will be profiled in the April 28, 2022 edition of Diverse. To view a copy, visit our homepage on April 29th.

Published since 1984, Diverse: Issues In Higher Education is the nation’s only biweekly newsmagazine dedicated exclusively to diversity issues in higher education. Visit us daily online at www.diverseeducation.com. 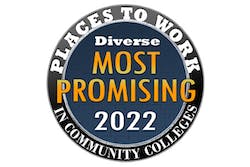 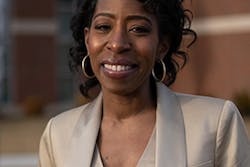 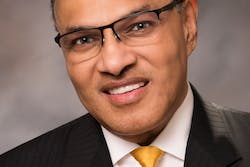 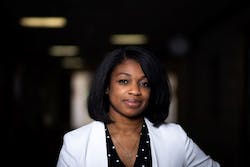