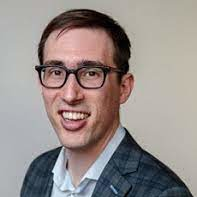 Oliver Schak, research director at The Institute for College Access & SuccessMore Black, Indigenous, and People of Color (BIPOC) than ever before are enrolling in public colleges and universities. Yet long-term disinvestment in these institutions is continuing to hurt BIPOC students disproportionately, according to a new report from The Institute for College Access & Success (TICAS).

“A college degree is more essential than ever for upward social mobility and economic stability,” said Oliver Schak, the report’s author and the research director at TICAS. “But we are seeing an alarming trend with how resources are unevenly distributed.”

Seeking to track the funding and resource patterns at four-year colleges and universities, which educate about three-quarters of all students, the report analyzed federally collected revenue data spanning the Great Recession to the height of the last economic recovery, or 2006 to 2018.

The analysis found that in 2006, BIPOC students accounted for 33% of enrollment at public institutions. Yet by 2018, almost 45% of students identified as BIPOC and the institutions that mostly teach these students remained underfunded by state, local, and federal governments.

Many institutions that mostly educate BIPOC students have been shifting the burden of paying for college on to students and families. Historically Black Colleges and Universities (HBCUs) as well as Predominantly Black Institutions (PBIs), for instance, saw tuition skyrocket. During that 12-year period from 2006 to 2018, the per-student tuition and fee revenue at HBCUs and PBIs jumped by 65% in today’s dollars, which is more than double the inflation rate.

“That was pretty shocking,” said Schak. “The numbers are stark even as we see enrollment increasing. Funding is not keeping up. And funding really matters for seeing students through to graduation, so does affordability.”

He argues that disaggregating funding data by racial and economic backgrounds would help states strategize how to close gaps to support students more equitably.

“We would like the federal government to make additional investments in public higher education, especially in institutions disproportionately serving BIPOC students. But we also think that improved data transparency is important,” said Schak.

But he noted a “little bit of a bright spot” from the report as well.

“We’ve seen private donations to public HBCUs pick up somewhat,” Schak added. “There is still a vast disparity in endowment and institutional wealth because of decades of underinvestment. Yet I would be curious to look more into philanthropy’s impact at these institutions.”

In light of the pandemic’s toll on higher education, he has more funding questions percolating.

“I would keep an eye on all of the additional emergency funding to colleges and universities,” said Schak. “Has some of that aid been used to close these gaps, at least in a few states? I’d be curious to find out.”