As access to higher education improves, the traditional path—four years at a single institution, culminating in a bachelor’s degree—is becoming less and less the norm. Students, including those with work or care-giving responsibilities, are getting credits in a plethora of ways, including dual enrollment, prior learning assessments, and military and corporate training. They’re also more likely to move between states and schools: 45% of associate degree holders and 67% of bachelor’s degree holders now have transcripts from multiple institutions, according to the National Student Clearinghouse Research Center.

But it’s taken for granted that these students will lose credits along the way. The Government Accountability Office estimates that transfer students lose 43% of their credits when they switch schools. It’s a major reason that the transfer pipeline is so often described as “leaky.” And it’s an extra burden on the very students who are more likely to take a non-traditional path: socioeconomically disadvantaged learners, who may find that credits that they’ve worked for and paid for suddenly count for nothing.

Now, researchers from Ithaka S+R, part of the educational non-profit ITHAKA, are saying that it’s time for a change.

“We don’t just have to accept that students lose progress when they move around,” said Dr. Sarah Pingel, a senior researcher at Ithaka S+R.

Pingel is the lead author of a new issue brief are advocating what it calls “holistic credit mobility”—a fundamental shift in the way that institutions and policymakers interact with students and each other.

At its core, holistic credit mobility means that learning is the central determinant of student progress towards a credential, not where or how the knowledge was gained. If a student knows something, Pingel and her co-authors argue, it shouldn’t matter whether they learned it in community college, a dual-enrollment program, at work, in the military, or somewhere else. The student should receive credit for what they know without having to pay to repeat learning.

It sounds like a simple change, but it has massive implications. Colleges that are used to autonomy and want to protect their brands would have to coordinate to develop much broader transfer articulation policies. They would also have to work with other organizations in which their students may have learned, such as corporations and the military, and develop ways to evaluate non-traditional sources of credits and knowledge. Getting this done may require action from state and federal politicians.

“Policy has a very strong role to play in agenda-setting across institutions,” said Pingel. “[Policymakers] don’t need to say what the pathway is, but they can say, ‘We want to see employers and institutions work together to create more seamless pathways.’”

Schools would also need to invest in resources to help students who may soon be looking to transfer.

“Historically, the state of play for institutions is that when a student withdraws, [they’re] done serving that student,” said Pingel.  “In reality, there’s a variety of things that institutions can do to serve students that need to withdraw. Making sure they're set up to reenter that institution in the future, making sure that they don't have any transcript holds, things of that nature.”

Colleges would also have to do more to help students that might be entering from other institutions.

“It’s very difficult for [prospective transfer] students to access the time and counsel of an academic advisor,” said Pingel. “Nothing is a substitute for talking with an advisor about what one’s goals are and what learning one has already completed.”

Improving tech resources will also be important. Although there are many online tools that allow students to see how the credits they have previously earned would translate to a new institution, these tools often don’t include non-course-based learning, such as corporate or military training, or dual enrollment courses that aren’t coded in the same way as others. Holistic student mobility, said Pingel, will require tools that can accommodate more forms of learning from more sources, and for more schools to participate in them.

All of this would take money, of course.

“I think the pushback would be, ‘We're all operating on shoestring budgets with limited staffing; we couldn't possibly make this a reality,’” said Dr. Janet Marling, executive director of the National Institute for the Study of Transfer Students at the University of North Georgia. “I don't know that we can continue to use that excuse in perpetuity, but it is a reality in some cases.”

It will also require a shift from the skepticism that many schools project towards learning that occurs outside of their campuses.

“There's a huge element of trust that is being put forward. The statement is that if it's earned experience, earned credit, we should just simply accept it,” said Marling. “While that is a very important philosophy, our system is still not quite set up for that trust to exist.”

However, Pingel believes that schools that ignore the need to accommodate non-traditional students do so at their peril.

“If institutions want to see things like their completion rates, graduation rates, and success of their students post-completion continue to track where they’re at or even better, they're going to have to serve this growing population of students better,” she said. “These students really can’t take a backseat anymore.” 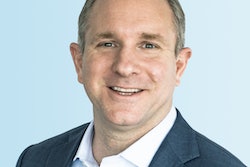 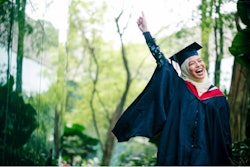 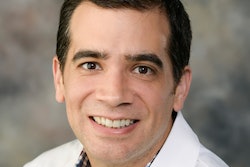 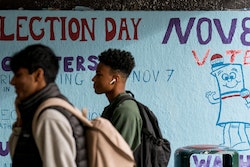