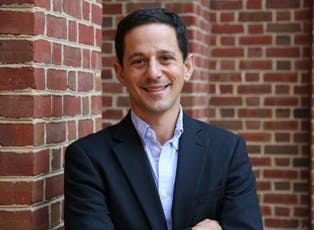 Ben Castleman, an assistant professor of education and public policy at the University of Virginia, says 40 percent of graduating seniors from urban school districts give up their plans over the course of the summer to attend community college.ST. LOUIS ― The excitement of acceptance into that dream college has passed. The first day of classes is still weeks away. But the resources provided by high school teachers and computer labs are no longer available for recent graduates.

Education researchers and academic counselors call it “summer melt,” the precarious time when some college-bound students fall through the cracks, at risk of abandoning their higher education plans entirely. Studies show that first-generation college students and those from low-income families are particularly vulnerable.

In St. Louis, a drop-in counseling center helps such students negotiate financial aid agreements, housing contracts and the other many details of college enrollment. School districts in Chicago, Dallas, Miami, Minnesota and West Virginia are among those using text messages to keep aspiring college students on track.

“You get the acceptance letter and start the celebration,” said Shauna Cunningham, a high school guidance counselor who’s spent the past two summers at the St. Louis Graduates High School to College Center. “They don’t realize all the other steps.”

Recent studies by Harvard University’s Center for Education Policy Research found that an estimated 20 percent of graduating seniors from urban school districts in places such as greater Boston, suburban Atlanta, Dallas and Fort Worth, Texas, abandon their plans to attend college over the summer.

Among prospective community college students, the summer melt rate increases to about 40 percent, said former Harvard researcher Ben Castleman, now an assistant professor of education and public policy at the University of Virginia.

A lack of financial aid is to blame in about half of those cases, Castleman said. But students also wind up getting derailed by much less significant hurdles, from failing to meet course enrollment deadlines to registering for summer orientation programs.

“The idea was that if you could get a kid to graduate from high school, they’d been accepted and chosen where to go, that student was going to show up,” he said. “What our work shows is that, in fact, students encounter a pretty complicated array of financial and procedural tasks to complete over the summer.”

Daisha Tankins, 19, had planned to attend Spelman College in Atlanta after graduating from a St. Louis high school last summer. But unable to afford the private college and unwilling to go into more than $100,000 in debt after four years, she enrolled at Harris-Stowe State University in her hometown. Like Spelman, it is a historically Back school, but with far more modest costs.

Tankins now works as a peer mentor at the St. Louis counseling center, offering guidance to students who find themselves at a similar crossroads.

“A lot of students are bewildered and can’t understand the magnitude of what’s going on,” she said.

For just $7 per student, school districts in Lawrence and Springfield, Massachusetts, were able to boost their number of college-bound graduates, according to research by Castleman and Harvard colleague Lindsay Page, a research assistant professor of education at the University of Pittsburgh.

Students received introductory text messages such as “We want to help you w/ college! Stay tuned for key summer to dos. Save this #, you can txt us for help!” Their parents received similarly tailored messages with reminders about financial aid, orientation enrollment, tuition bill deadlines, campus health insurance and college placement exams.

A subsequent text message campaign was aimed at low-income college students who received federal Pell Grants as freshmen but were in danger of dropping out due to not reapplying for financial aid.

The Sumner High School valedictorian has been accepted at the University of Missouri and expects to receive roughly $18,000 in grants for the coming year. But gaining admission was only the start for Burton, who was four when her mother died and has spent the past year living with a friend after her father remarried.

There are immunization records to track down and a housing waiting list to maneuver at the flagship state campus. She stopped by the counseling center at a friend’s suggestion and left with the confidence about starting college come August.

“I really didn’t even think about all these details. I had no idea,” she said. “I thought I was good to go.”