Mizzou and the Future of Black Student-Athletes’ Protests 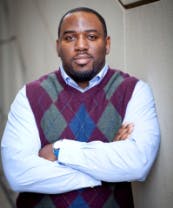 Much of the Black activist community has been captivated by the events occurring at the University of Missouri in the last week. Black student-activists, with a significant boost from Black members of the university’s football team, forced the college’s president and chancellor to resign because of their seeming insensitivity to racial discrimination on campus and forced the administration to commit to significant reforms to eradicate discrimination at the university. Most commentators have concluded that this would not have occurred if the Black student-athletes had not launched their boycott. Blacks at Mizzou have been protesting discrimination and the insensitivity of the administration toward their concerns for months. But the administration did not commit to any reform until the boycott threatened significant financial loss and tremendous bad publicity for the university.

A number of observers have also suggested that the Missouri student-athletes’ protest is the beginning of a movement of Black athletes using their position to foster social change. My social media timelines have abounded with media and colleagues describing them as “courageous” and “conscious” for willing to potentially sacrifice their scholarships and standing on campus for a worthy cause. Others have accurately pointed out that Black athletes are in an optimum position to effect change because of the sports establishment’s dependency on their labor and skill.

The current generation of Black student-athletes are members of the #BlackLivesMatter generation, which has proven that no entity, no matter how liberal or well meaning, is sacred. In the last year, activists under that banner have non-violently disrupted political rallies and political forums at Black churches because the headlining politicians had not endorsed the #BlackLivesMatters campaign prior to the meetings. I agree with one commenter’s conclusion that, if Black student-athletes adopt this attitude and begin to protest in mass, they could potentially effect enormous social change.

It should be added that the protests of Black student-athletes have this potential because college athletics generates more than $3 billion annually for universities and countless hours of beneficial publicity. Blacks are a significant percentage of the athletes who play football and men and women’s basketball — those sports that produce the most athletic-related revenue for schools. More than half of all universities do not make a significant profit from athletics and the revenue from those three sports pay for all other sports and the expenses of the athletic department as a whole. Consequently, Black student-athletes’ protests have the potential to shut down college sports entirely and attract even more attention than actual games.

But this very reason will also make it difficult for Black athletes in mass to become involved in protests. The college sports establishment has in the past and will in the present and future push back against activist-athletes. If this is the beginning of another Black student-athletes’ movement, the activist-athletes and their allies need to know this fact and organize accordingly. In the late 1960s and early 1970s, Black athletes across the country involved themselves in on-campus movements to combat the discrimination Black students commonly endured. Their activism and the threat of lost revenue and negative publicity it represented often produced some notable affirmative results; at more that 80 colleges the first Black coaches (usually assistants) were hired, more Black students and more Black faculty and students were recruited, and in a few cases, racist coaches, administrators and faculty were dismissed.

For all the notable successes that Black activist-athletes achieved in the period, others who protested suffered retribution from the sports establishment. One veteran activist, who wished to remain anonymous because he continues to council both universities and athletes about the dilemmas that Black athletes encounter, remembers that, in the 1960s, the whole of the college sports establishment acted to prevent a movement from developing that might disrupt college sports and believes it would again, given the money and publicity at stake.

Dozens of student-athletes lost their scholarships for protesting racial discrimination in sport and society. In response to athletes boycotting sports participation to protest against discrimination on campus or against U.S. involvement in the Vietnam, in 1969, the NCAA, the parent body of college athletics, legislated the “manifest disobedience” clause, which allowed coaches to dismiss athletes for refusing to compete for political reasons or for a pattern of disobeying rules established by the athletic department. It was used to curb activist-athletes and currently athletic departments continue to use it to rid their teams of disgruntled student-athletes.

In addition, student-athletes who protest are often labeled as having a bad attitude; this could have a negative impact on their professional athletic careers. Since the 1960s, a number of activist-athletes fell to lower positions in the NFL and NBA drafts because their college coaches told professional teams that they were militants who put social causes before team success.

To have success and effectively combat retribution, Black activist-athletes should consider the following advice. First, those athletes who do so should protest in numbers when possible. As the situation at Mizzou demonstrates, it would be hard for a university to dismiss the concerns of and take punitive action against a whole team or endure the revenue and bad publicity lost from a canceled contest. Secondly, they should align themselves with other like-minded student, faculty and community activist groups that share their convictions. Athletes tend to be dismissed as uninformed and politically unsophisticated. Strong visible networks work to dismiss that notion.

Dr. Dexter L. Blackman is a historian and African-American studies scholar completing a book on Black power and the activism of Black student-athletes.