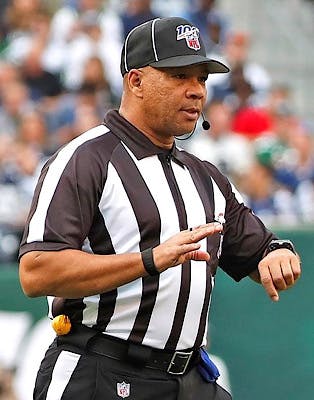 Steed, who is in his 17th season as an NFL official, began his career officiating high school football before moving onto college football conferences such as Mid-Eastern Athletic Conference (Howard’s conference), the Atlantic 10 and the Big East.

Alongside Steed in Super Bowl LIV was Boris Cheek, another HBCU alumnus from Morgan State.

According to WUSA9, more than 20 Howard football players have played in the NFL, with two of them, Willie Jefferies and Doug Porter, inducted into the College Football Hall of Fame.