One year after the murder of George Floyd, speakers at this year’s NCAA Inclusion Forum discussed systemic racism and how best to address it.

The five core areas that the National Collegiate Athletic Association (NCAA) inclusion efforts focuses on are disability, international student-athletes, LGBTQ+, race/ethnicity and gender. These aspects of diversity, equity and inclusion (DEI) were addressed at this week’s virtual forum, for which approximately 4,300 people registered. 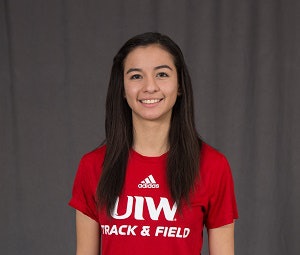 In the session titled, “The Evolution of the Diversity Conversation,” Dr. Johnnetta Cole, president emerita of Spelman and Bennett Colleges and unconscious bias and diversity expert Howard Ross discussed systemic and institutional racism and how they fuel each other.

“It’s about doing the tough work of understanding systemic racism and, of course, how individuals participate,” said Cole, who is also the national chair of the National Council of Negro Women. “Fortunately, we have moved to the point where we are not only shining a light on this destructive stuff called systemic racism, we’re also shining a light on other systems of inequality that are embedded in systemic sexism, heterosexism, ageism, anti-Semitism, and yes, discriminating against individuals based on their physical and emotional abilities.”

Ross said beyond diversity and inclusion, the next step is belonging, in which people can be themselves and not conform to a white standard.

“Race has been a conversation we’ve been trying to have at a deeper level for a long time, and it’s not a linear process,” he said. “We make progress, then we step back a bit, and then we make more progress, but it’s at the core of the tension in our culture.”

Cole noted that barriers to education and access have long existed and will continue until change is implemented.

“If there’s one thing that I hope we learn through this pandemic is the extent to which systemic racism exists,” she said. “When we say it is systemic, we mean it is everywhere.”

At the opening of the forum, NCAA staff and DEI committee chairs spoke about the progress of DEI work. Dr. Mark Lombardi, president of Maryville University and chair of the NCAA Committee of Culture, Diversity and Equity, said the committee has put a renewed focus on hiring practices in intercollegiate athletics so that NCAA schools reflect the diversity of their campuses and communities.

“The committee also focuses on increasing diverse representation within athletic departments, on NCAA committees and within the NCAA national office,” he said.

In December 2020, the committee recommended that the NCAA Board of Governors endorse the West Coast Conference’s “Russell Rule,” which requires that member institutions in the conference include a candidate from an underrepresented minority in the pool of final candidates for every coaching and administrative position.

Lombardi and other speakers expressed concerns about pending legislation in several states that will ban transgender participation.

Earlier this year, gender inequities were highlighted during the Division I men’s and women’s Basketball Tournaments. Suzette McQueen, chair of the Committee on Women’s Athletics and senior associate commissioner of the Central Intercollegiate Athletic Conference, said within hours of the issues coming to light, the committee sent a letter to NCAA president Dr. Mark Emmert calling for immediate action and an in-depth study.

The law firm of Kaplan Hecker & Fink is conducting a gender equity review and will issue a report later this summer.

“Some of the examples of areas we thought should be a focus included expecting transparency, effective communication and accountability for outcomes throughout the Kaplan equity review,” said McQueen. “To address inequities across championships of all NCAA divisions [and] to train all national office units to monitor budgets through the lens of equity and develop a process of comparison and approval for all championship budgets through an equity lens.”

Niya Blair Hackworth, NCAA director of inclusion, said throughout this past year, her office has tried to support membership directly impacted by racism and xenophobia. This included support for student-athletes, who demanded to have a voice on social justice issues. 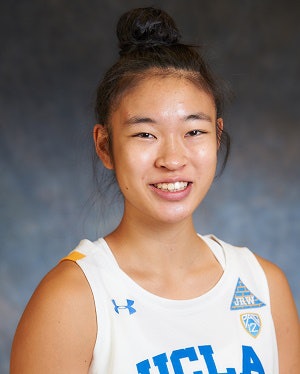 “We created resources on strategies for addressing racial injustices that support the Black and brown communities and composed anti-racism resources to support the Asian American and Pacific Islander communities,” said Blair Hackworth.

During a panel session titled, “My Story Matters: Elevating the Student-Athlete Voice,” Blair Hackworth asked the student participants what belonging looks like to them.

Christopher Robinson II, a football student-athlete at University of Arkansas at Pine Bluff, said after attending a predominantly White high school, he initially felt disconnected at an HBCU, but eventually embraced its sense of community.

“That is home to me,” he said. “That is the belonging I was looking for my first semester.”

Born in El Paso, Texas, and raised in Juarez, Mexico, Ivette Alcantar-Herrera, a track athlete at University of the Incarnate Word, came to the U.S. for high school and struggled to learn English. Eventually, she found community in sports.

Natalie Chou, a basketball player who came to UCLA as a transfer student, said that she will play the additional year granted by the NCAA due to the pandemic because she feels such a great sense of belonging at her institution.

“On the women’s basketball team we have a saying, ‘All of you is welcome here,’” Chou said. “I feel that every single day.”