In a unanimous decision Monday, the U.S. Supreme Court ruled against the National Collegiate Athletic Association (NCAA)—citing their restrictions on education-based benefits for student athletes as “unlawful.”

With the current cap of $5,000 for institutions to offer education-related benefits, a group of former NCAA Division I football and basketball players claimed the athletic association violated federal anti-trust laws. 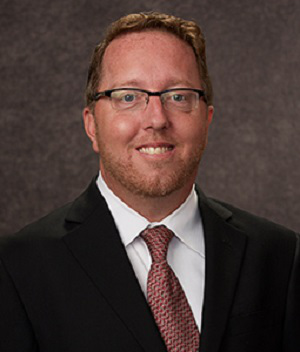 In a message to the court, Justice Neil M. Gorsuch wrote “some will think the district court did not go far enough. By permitting colleges and universities to offer enhanced education-related benefits, its decision may encourage scholastic achievement and allow student-athletes a measure of compensation more consistent with the value they bring to their schools. Still, some will see this as a poor substitute for fuller relief.”

This ruling could allow schools to financially support students outside of tuition, room and board for expenses such as tutoring, study abroad programs and internships.

“It seems that a unanimous decision from the Supreme Court firmly sets the NCAA on a course to reconsider any kind of future restrictions on student athletes, whether it be scholarship limits, NIL and compensation,” said Dr. John Grady, professor of sport and entertainment management at the University of South Carolina. “It is basically saying that the amateurism defense or argument is not going to win the day and be unique enough to survive anti-trust scrutiny.”

With Gorsuch writing “the national debate about amateurism in college sports is important but our task as appellate judges is not to resolve it,” the decision around whether student athletes can receive salaries remains unclear.

However, despite not addressing the issue directly in this case, Justice Brett M. Kavanaugh referenced it during his remarks.

“Nowhere else in America can businesses get away with agreeing not to pay their workers a fair market rate on the theory that their product is defined by not paying their workers a fair market rate,” he wrote. “And under ordinary principles of antitrust law, it is not evident why college sports should be any different. The NCAA is not above the law.”

Grady said Kavanaugh’s comments and the 9-0 decision indicates the NCAA “needs to find a business solution to [their] problem, not a legal defense or a legal remedy.”

Though the “decision does not directly address name, image and likeness, the NCAA remains committed to supporting NIL benefits for student-athletes,” according to NCAA President Dr. Mark Emmert. 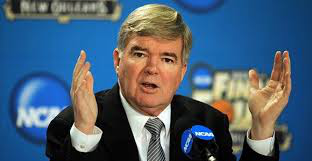 “We remain committed to working with Congress to chart a path forward, which is a point the Supreme Court expressly stated in its ruling,” he added.

F. Matthew Ralph, a partner at Dorsey & Whitney law firm and co-chair of Dorsey’s Antitrust Practice Group, is looking at whether NCAA’s “Power 5” conferences such as the Atlantic Coast Conference, Big Ten, Big 12, Pac 12 and Southeastern Conference will “impose their own limits on student-athlete compensation or by competing for student-athletes in new ways.”

“This decision could fuel further conference re-alignments over such issues,” he said. “Still another question is whether colleges and universities could withdraw from the NCAA and still compete with NCAA schools, thus challenging the NCAA’s monopoly power over college athletics and monopsony power over student-athletes.”