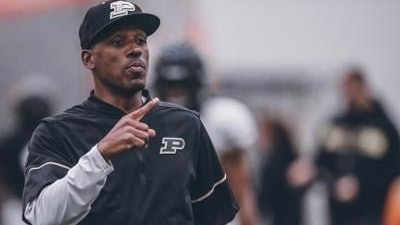 An All-America defensive back who recently entered the College Football Hall of Fame, Pointdexter was a fan favorite and his hiring was called 'imminent' by one report. But, on Wednesday, Pointdexter reportedly told ESPN's Adam Rittenberg that he would remain at Penn State instead.

"Just received a text from #PennState co-defensive coordinator Anthony Poindexter: 'Timing is everything for both sides. There will be a day, but I'm going to stay at Penn State,'" tweeted Rittenberg.

The reason for the sudden change of events remains unknown.