These students make up MDC’s first class as part of the Second Chance Pell Experiment, a 2015 initiative of the Obama administration to make federal Pell grants available to prisoners, who had been banned from receiving the funds since the mid-’90s wave of “tough on crime” policies.

While serving their sentences, students took full course loads, including classes in philosophy, chemistry, and Spanish, allowing them to complete their degrees in a year and a half. The path was not easy for students nor administrators — the program kicked off in January 2021 amid the COVID-19 pandemic.

The program was forced into a sort of correspondence model as Everglades built the computer lab.

“Many other schools pushed back their launch date,” said Samantha Carlo, co-director of MDC’s Institute of Educational Empowerment. “We were determined to get it started ASAP, no matter what that meant. So, we started making packets. We drove to the prison weekly and distributed them. Students would write all their questions. We came back at the end of the week, we picked up the packets, we would get them to the faculty, and the faculty would write back. It was very manual, very labor intensive.”

However, the students succeeded despite the lack of direct contact with their teachers.

“All of our students passed in that first semester,” said Carlo. “And I think it gave them confidence. They were like, ‘Look, we were able to do this in this bizarre format.’ So, once the faculty started coming in face to face, that’s when they were like, ‘Wow, this is what college is really like.’”

When in-person instruction returned, students continued to thrive. The first cohort of graduates finished with an average GPA of 3.75. Some may find this level of achievement surprising, but they shouldn’t, according to Dr. Stanley Andrisse, executive director of From Prison Cells to PhD, an organization that helps former prisoners navigate the world of education.

“These students on the inside have this, just, different level of motivation and determination,” said Andrisse.

A prime example is Larry Fordham, an MDC student serving a life sentence when he received Second Chance Pell funding. Fordham’s work was so strong that he was given MDC’s Academic Excellence Award in Social Sciences, beating out other non-incarcerated candidates.

“You really were not in an environment that was conducive to any kind of study, but we made it work,” said Fordham. “At night, I would do my reading, and then I would go to sleep. I would wake up in the morning, maybe about 5:30, 6, and go in the day room because I don’t have a table in my cell. That’s where I would do my actual homework assignments.”

But Fordham’s study time was limited.

“I’d do my writing in the morning when I had use of the table,” he said. “After 10 or 11 o’clock, guys are out there playing spades or checkers or chess. They’re banging on the tables; they’re making lots of noise. So, I had to navigate around that. It was really about, ‘How bad do you want it?’”

Despite the difficulties, Fordham said that his participation in Second Chance Pell was respected by the other prisoners.

“It’s funny, because you would think that the guys in the gangs or the guys who are into negativity would give you a hard time, but, deep down, those people actually respect people who go the extra mile to change their lives,” said Fordham. “When they know you’re real about it, they’ll come and say, ‘I’m proud of you, man.’”

Politicians are recognizing the benefits of education for incarcerated individuals as well. Although the Second Chance Pell Experiment was controversial when it was announced, with Republicans arguing that President Obama had overstepped his authority, the program has been expanded by both the Trump and Biden administrations. And in 2020, Congress voted to end the ban on federal Pell Grants for incarcerated people, effective July 2023.

Even before the grants become more widely available, MDC plans to expand its offerings. Sixteen of the graduates who are still incarcerated will begin classes toward a bachelor’s degree, and a new cohort of associate degree students are enrolling. MDC is also opening a similar program at the Everglades Re-Entry Center, a different prison on the same grounds.

To Andrisse, these are hopeful signs.

“These programs are life-changing for the individuals that participate,” said Andrisse. “These students have now been given this key that opens up doors that had previously been shut for them, that they never even imagined they would be able to walk up to.”

Fordham, for example, was paroled this spring and is working for a Tampa nonprofit group while working toward a business degree.

“My education in prison means more to me than just books and long hours of study,” said Fordham. “It means redemption.” 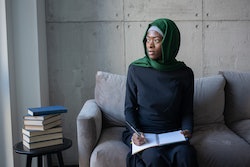 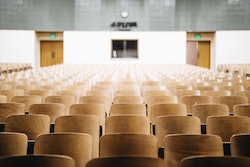 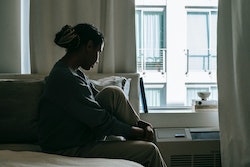 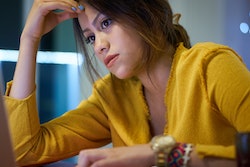