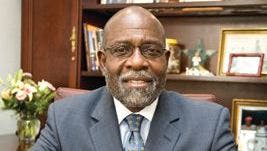 With a dual major in political science and public administration at North Carolina Central University, student body president Reggie McCrimmon credits his classes with teaching him about the realities of public finance.

But one of the most valuable lessons McCrimmon will ever get at North Carolina Central came not in the form of a lecture or textbook, but in a massive restructuring of the university itself that will eliminate — among other things — degrees in several majors, including public administration and sociology.

“Nobody wants their program cut,” said McCrimmon, who, as student body president, also is a voting member of the board of trustees. “But when you look at the overall view of the university, you certainly have to understand.”

The restructuring — announced in February as “the most comprehensive academic review undertaken by the university in more than 30 years” — involves the merging or phasing out of more than a dozen academic programs.

The university says the elimination of degree programs was driven by enrollment, retention and graduation rates, degrees awarded and job placement rates. Beyond the elimination of the public administration and sociology degrees, but not the classes, the changes also involve merging several departments and programs. The computer information systems and computer science programs, for instance, will become one, and the mathematics and physics departments will merge into a single department.

Fourteen administrative positions will be eliminated and other administrative “efficiency enhancements” will be made. Changes range from having more trash receptacles for people to dispose of their own trash in order to lessen the workload of janitors, to doing more paperwork digitally instead of on paper.

North Carolina Central Chancellor Charlie Nelms said the administrative changes would enable the university to redirect $1.4 million into efforts related to student retention and graduation. The academic changes are expected to generate $500,000 to strengthen other degree offerings.

Some classes may grow from 50 to 80 students, and the university will no longer require the services of what Nelms described as “some really good adjuncts.”

The cuts and changes follow what Nelms said was a loss of $50 million in state funding during the past five years.

“It’s more than just trying to deal with budget cuts,” Nelms said of the restructuring. “It’s about trying to become a more efficient institution so that you can spend more of your dollars on your core missions, which is the academic piece and the support services that students need. We’re trying to redirect dollars.”

The changes follow a series of public meetings that involved faculty and students, as well as meetings with individual colleges and departments. Nelms said he insisted on doing the restructuring in a manner that was “comprehensive, inclusive and transparent.”

By and large, Nelms wins praise for how he handled the restructuring.

Dr. John Wilson Jr., executive director of the White House Initiative on HBCUs, credited Nelms with being strategic in order to get the support needed to make the changes, despite the fact that he initially faced some pushback.

“You may think it’s standard to do all this trimming, and he is doing some standard things, but he is also leading,” Wilson said.

“He is getting buy-in by having the set of conversations you have to have with the right people across campus. That’s the stuff of leadership.”

Dr. Marybeth Gasman, an education professor at the University of Pennsylvania and an expert on HBCUs, said Nelms deserved credit for making trims within administration.

“By and large, HBCUs are quite top heavy when it comes to administration,” Gasman said. “I think NCCU’s strategy to decrease the number of administrators is an excellent idea.” Gasman fretted, however, over the school’s decision to drop sociology as a major.

“Sociology is a foundational degree, and I would advise against this,” Gasman said. But Johnny Taylor, president and CEO of the Thurgood Marshall College Fund — a scholarship and advocacy organization for the nation’s 47 public HBCUs, which includes North Carolina Central — said fiscal realities dictate that HBCUs cannot afford to be all things to all people.

“It is not only smart, but it has to serve as an example for what every HBCU president has to do in this new world to ensure the long-term viability of our institutions,” Taylor said.

While tuition at North Carolina is proposed to go up by 8.8 percent next school year, Taylor said that the tuition increase could have been higher if Nelms had not implemented changes.