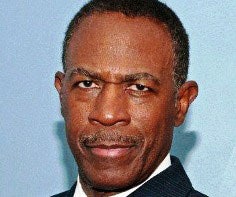 Fort Valley State University (FVSU), facing mounting budget pressures that could dramatically impact its intercollegiate athletics program, says its recent decision to reinstate its women’s volleyball program may be only a temporary fix to a larger challenge facing it and many peer institutions.

“Unfortunately, this agreement does not resolve the pressing financial obligations that  FVSU is compelled to address,” says Willie Williams, vice president for student affairs and interim director of athletics, referring to the university’s agreement with the Public Justice law firm covering the return of women’s volleyball.

“We are striving to substantially increase revenues, including through fundraising, in order to avoid having to eliminate all intercollegiate athletic programs or else compete only in Division III,” of the NCAA, Williams says. “Whatever course we are required to take, FVSU remains committed to full and equitable treatment of all our students, male and female,” he says.

Faced with a $1.1 million athletic department deficit, Fort Valley decided this spring to drop its women’s volleyball program in order to reduce its losses on intercollegiate programs that do not generate enough money to pay for themselves. That decision, which would have left the university with five women’s programs and five for men, would have saved the university about $100,000 a school year.

When Fort Valley officials were alerted that cutting the women’s program may have made the university vulnerable to being in possible violation of the federal government’s Title IX equal opportunity requirements, university officials reversed the decision and, working with the Public Justice organization, drew a plan to revive the program and ensure it complies with the letter and intent of Title IX.

“We did not restore the women’s program as a threat to being sued,” says FVSU executive vice president Dr. Canter Brown. “We launched our own inquiry to ensure we were in compliance. It was only afterward that we negotiated some fine details with Public Justice. To their credit, they were open to seeing the reality of our situation,” says Dr. Brown, who also serves as the university’s legal adviser. “I have to say they were very highly professional.”

Public Justice, in a separate statement, says FVSU agreed to “ensure that the team would receive funding and resources comparable to what FVSU provides its men’s athletic teams.” A key complaint over the university’s initial decision last spring to shut the women’s volleyball program and cancel the scholarships that fueled it came so late in the school year that it did not give “most players” time to transfer to a different school.

Under the agreement worked out with Fort Valley, the university restored the women’s volleyball team in time for pre-season practice, renewed all scholarships awarded last school year and provided additional scholarships for new and existing players. The university also agreed to provide the team with exclusive use of a locker room and all “necessary” equipment and gear prior to its first game, says the Public Justice statement.

The victory for the women’s intercollegiate volleyball program and survival of others in the Fort Valley portfolio could be short lived, as Williams and Brown suggested.

“We have to come up with a little more than a million dollars a year over what we have now,” says Dr. Brown, referring to the amount of money Fort Valley needs to maintain the level of intercollegiate sports and athletic scholarships it offers today.

“We are very close to having to make a decision that could include cutting programs or dropping to Division III. I don’t know of other viable options,” Dr. Brown says of Ft. Valley’s situation and other public universities that rely on declining state support and are too small to count on vast amounts of television broadcast revenue to subsidize their athletic programs.

State support of Fort Valley, which provides about 200 athletic scholarships each school year, has shrunk by 30 percent since 2008 to 35 percent, says Dr. Brown. Meanwhile, the university has no local deep-pockets support-base of alumni and friends, as the university serves a largely rural, low income, first-generation college population.

The university’s overall financial picture would be worse, if it were not for the fact that Ft. Valley is a federal land grant college and gets some federal funds designated for land grant institutions and their cooperate research and extension programs and HBCU Title III funds.

Meanwhile, state officials continue to pare funding for state institutions and tighten rules regarding use of funds. Dr. Brown says the state appears to be moving toward a policy that would require all intercollegiate athletic programs to be completely self-sustaining. Such a decision would dramatically restrict what Ft. Valley could do on the athletics front and eliminate most, if not all, scholarships, absent new fund, Dr. Brown says.

To address the painful Great Recession economy it is trying to navigate, Ft. Valley has already reduced the number of scholarships it awards, cut some athletics department staff and is finding ways to cut travel-related expenses for home and away athletic events.

The university, which is projecting an enrollment this year of about 3,500 students, has also recruited some of its former college athletes who have gone into the professional leagues to come back to campus and participate in fundraisers aimed at helping the athletics program.

“We’re exploring everything,” says Dr. Brown. “We’re under very tight restrictions,f and we keep getting ultimatums (from the state); they are going to get tighter and tighter.”